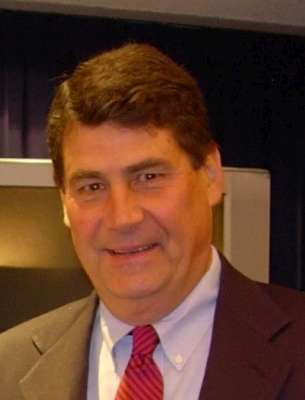 Robert “Bob” Lochridge, Jr. 66 years old, of Phoenix passed away unexpectedly on February 19, 2015. He was from Winnetka, Ill and born to the late Robert S. Lochridge and Barbara Reize Lochridge. He is survived by his two children, Robert S. Lochridge III and Lindsey L. Graham (Stephen), two grandchildren, Braelin and Micah Graham, siblings Riley (Barbara), Scott (Connie) and Leslie (Steve) and his girlfriends, Sallie Schenk and their dog Sophie. Bob had a successful, multi-faceted career which started with service in the U.S. Navy during the Vietnam War before moving into media advertising at Scientific American and U.S. News & World Report magazines in Chicago, IL, medical product sales in Jackson, TN, and mortgage lending in Phoenix, AZ. He finally finished with a role as a bus driver for special children, whom he loved dearly, in the Scottsdale Unified School District. His family and friends will always remember him fondly for his sense of humor and the things he loved in life: his family, motorcycles, classic cars, and the game of golf. Most of all, he will be remembered for his fun loving spirit and genuine care he showed to everyone he came across. Please come to remember Bob with his family and friends to celebrate the life of a beloved father, brother, and friend. The funeral service will take place on Saturday, February 28th, 2015 at 1:00 PM at Whitney & Murphy Funeral Home, 4800 E. Indian School Road in Phoenix.

Offer Hugs From Home Condolence for the family of LOCHRIDGE, ROBERT “BOB” JR.