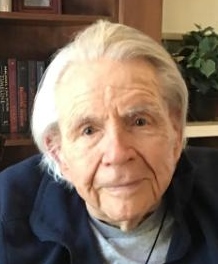 87, of Phoenix passed away on December 15, 2016. He was born on February 23, 1929 to Roy and Mary Logan in Des Moines, Iowa. He served his country in the United States Marine Corps during The Korean War and was a successful businessman with a generous heart. He owned Pioneer Ford, Canyon Mazda, Bell Honda, Logan Land & Cattle, to name a few. Perry enjoyed working hard, being a pilot, skiing, traveling and having a ranch in the middle of town. Most of all, he loved his family and friends. Perry was a beloved son, husband, father, grandfather and friend to many. He will be missed. A Visitation will be on Thursday, December 29, from 5:00 P.M. to 8:00 P.M., and a Celebration of Life Service Friday, December 30, at 4:00 P.M., both at Whitney & Murphy Funeral Home, 4800 E. Indian School Rd, Phoenix

Offer Hugs From Home Condolence for the family of LOGAN, PERRY