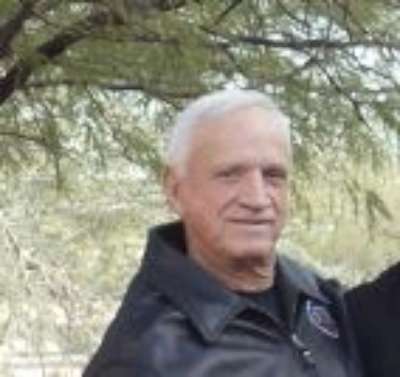 Bill Long grew up in Oklahoma and was a Korean War veteran who served in the U.S Navy from 1950 – 54. After serving our country, he earned his B.S. degree with a major in Geological Sciences from Oklahoma State University.  Upon graduation, he spent time in Ontario working as a field geologist before transitioning to Phoenix.

Bill Long was the co-founder of Design Master Homes with Max Wilson. They founded one of the largest home building companies in the mid-1970”s, building nearly 5,000 homes in Maricopa County before selling in 1983. He then explored various business opportunities from property management, gravel excavation, ranching, and retail.

Bill was active politically and philanthropically. He served on numerous boards and held memberships in many associations, such as Salvation Army, Arizona Museum of Science and Technology, SCCA, American Road Race Champions  and Boy Scouts of America to mention a few. He won the Salvation Army Poppett Award in 1983 and the Sally Award in 1992. As a devout Republican, Bill Long was campaign chairman for Congressman Eldon Rudd, Precinct Captain, Legislative District #18, founder of Arizona State Republican Party’s Project Victory and financial contributor to many candidates and campaigns.

Bill loved adventure. He was a pilot, race car driver, polo player, and scuba diver. However, his passion in life was being a cowboy. Bill won the 2004 AQHA Senior Championship (55+) for breakaway calf roping with his horse Rona Cabronna. Also, he rode as a Maricopa County Sherriff’s Office posse member.

Mr. Long is preceded in death by his parents and his sister Yvonne Marie Parkhill. He is survived by his son William DuWayne Long II, his surrogate son Josh Magee and his beloved Labrador retriever Avery Peacock Long.

Visitation will be at Whitney & Murphy Funeral Home, 4800 E. Indian School Road, Phoenix on Friday, April 11 from 6:00 – 8:00 p.m. Funeral Service will be held at the Paradise Valley United Methodist Church, 4455 E. Lincoln Drive on Saturday, April 12th at 2:00 p.m. Interment will be at Osage Gardens Cemetery in Skiatook, Oklahoma on April 19, 2014. In lieu of flowers, contributions may be made to The Salvation Army.

Offer Hugs From Home Condolence for the family of LONG, WILLIAM DUWAYNE