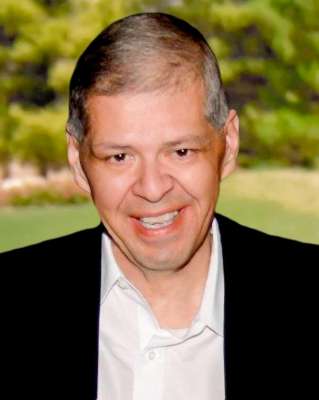 53, of Phoenix, passed away on February 23, 2015. Henry was preceded in death by his parents, Ricardo and Edilia and older brother David. He will be dearly missed by his sister Christine and husband Leonard, brother Richard and wife Roberta, nieces Rita, Rene, Angelica, Marissa and nephews Lenny and Anthony and nine great nieces and nephews. Henry attended St. Mary’s High School and graduated from ASU. He was an avid fan of all Arizona sports teams, especially the Sun Devils and Cardinals. Henry proudly worked for KTAR and AZ Sports as a remote broadcasting technician. He was known for his warmth, sports knowledge and engaging sense of humor. Henry’s family is comforted by the many heartfelt tributes made in his memory by workers and friends. We are forever grateful to KTAR for their unwavering support during Henry’s illness. Visitation is scheduled from 5:00 – 8:00 PM, Thursday, February 26, 2015, at Whitney & Murphy Funeral Home, 4800 E. Indian School Road, Phoenix. Funeral Mass will be celebrated at 11:00 AM, Friday, February 27, 2015 at St. Jerome Catholic Church, 10815 N. 35th Avenue, Phoenix.

Offer Hugs From Home Condolence for the family of LOPEZ, HENRY STEVEN