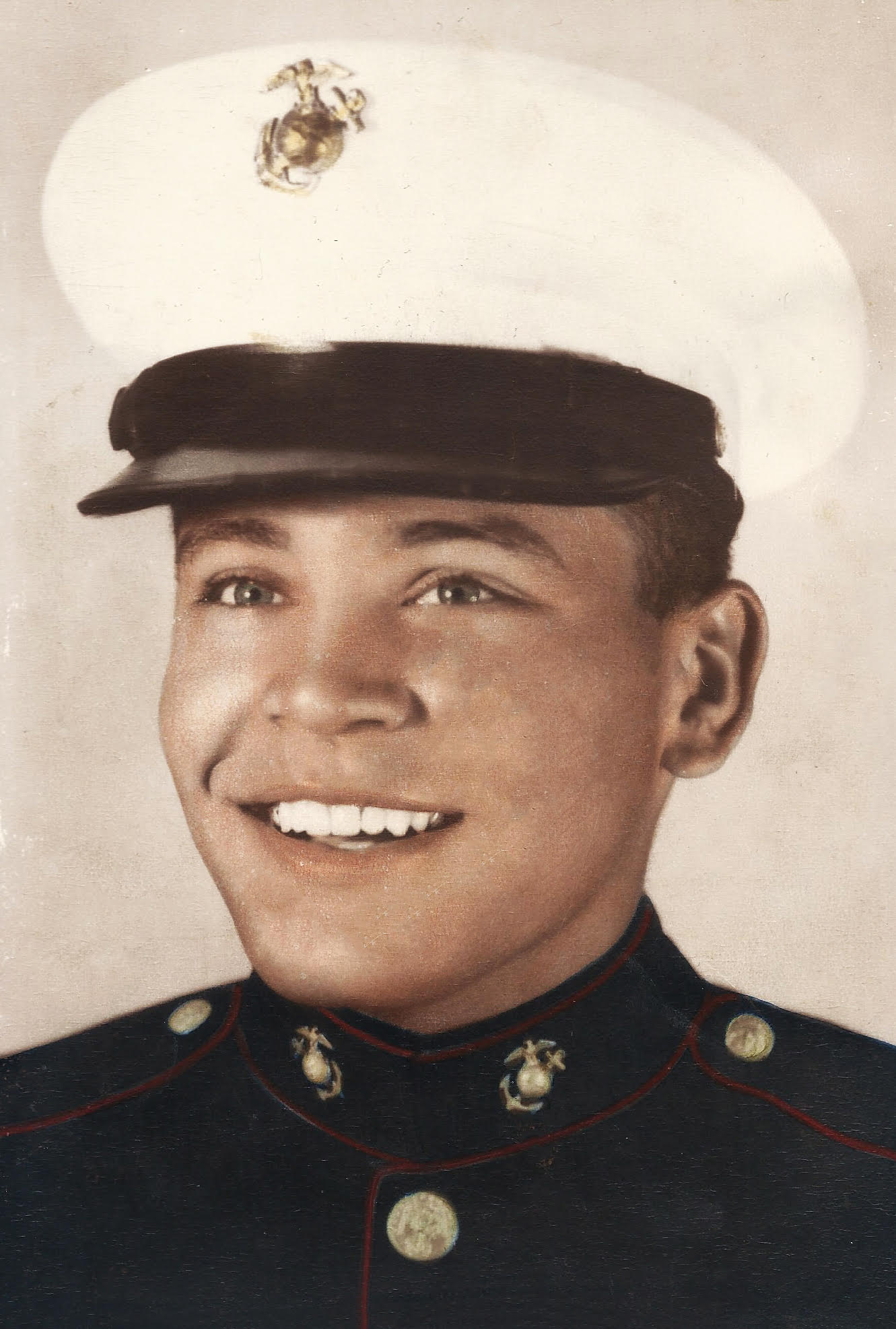 Juan attended Drachman Elementary School, Safford Junior High School, and Tucson High School where he excelled in sports. He was a state champion wrestler.
After graduating from high school, Juan joined the United States Marine Corps where he proudly served as Corporal of Marines until his Honorable Discharge in 1956.

Upon his return to Tucson, Juan would meet the love of his life, RoseMary “Sweetie” Oviedo. The two were married in Tucson shortly thereafter and made their home in Phoenix.

After moving to Phoenix, Juan worked for Western-Gillette and then Roadway as a local truck driver until he retired in 1989.
In 1957 the Lord blessed Juan and Sweetie with their first son, John III. In 1964 their daughter, RoseAnne, was born and was finally followed by their second son, Carlos in 1970.

The most important things to Juan were his country, his family, and his friends. If you were fortunate enough to be a friend of Juan’s, you were his friend for life. He would do anything for you at the drop of a hat.

As Juan’s kids began to grow, so did his love for coaching his children in sports. It began with John and baseball at the Creighton Men’s League. It was there where he would continue to make lifelong friends and earn the respect of the players and their parents. Juan’s love of his children and sports continued on with his son Carlos (Bebe). When his three kids had finished with their sports careers, Juan was not deterred. He became a spectator, a fixture in the stands, and switched his attention to his grandchildren; attending basketball, volleyball, football, softball, karate, track, and baseball games, two to three times per week. When his granddaughter BriAnna began school sports in the 5th grade, Juan coached her school softball team; a task that he had initially avoided with RoseAnne, because “girls cry too much.”

In 1988 Juan lost his Sweetie, he would mourn the loss of her companionship until the day he left us to be with her again.

Juan’s “After (Life) Party” will take place at Donohue Hall, at St. Agnes Catholic Church following interment services. Your University of Arizona attire is requested and appreciated. BEAR DOWN!

Offer Hugs From Home Condolence for the family of LOPEZ JR., JUAN