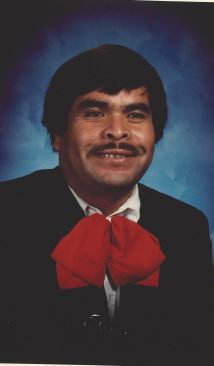 Josefino Alberto Lopez Mendez “Beto” passed away on July 1, 2018 surrounded by loved ones after a long battle with kidney disease and septicemia. Beto was brought into this world on December 20, 1952 in Oaxaca, Mexico. Beto was preceded in death by his parents Federico Lopez and Esther Mendez as well as brothers Natalio and Serafin. Beto is survived by his loving wife Kitty of almost 30 years, daughters Eva Maria de Jesus, Roberta, Odilia, Lourdes, Doris, Rocio and Margarita. He is also survived by sons Alberto and Benjamin and brothers David, Sergio, Heraclio and Bonifacio. Beto is also survived by his son-in-laws Michael and Sean along with his beautiful grandsons Constantine, Michael and Maximus and more in Mexico and the United States. Beto spent his life as a Mariachi beginning in Plaza Garibaldi in Mexico City where he met the love of his life Kitty. Beto brought so much love, wisdom, joy, patience and musical talent into the world. He will be greatly missed, loved and remembered forever. Visitation will be on Thursday, July 5, 2018 from 5:00 P.M to 8:00 P.M. with a Rosary at 7:00 P.M. at Whitney & Murphy Funeral Home, 4800 E. Indian School Road, Phoenix. Funeral Mass will be held on Friday, July 6, 2018 at 1:00 P.M. at St. Agnes Catholic Church, 1954 N. 24th Street in Phoenix. Interment will follow at St. Francis Catholic Cemetery. The Lopez family cordially invites members of the mariachi community to attend all services. “Most people die with their music still locked up inside them.” – Benjamin Disraeli

Offer Hugs From Home Condolence for the family of LOPEZ MENDEZ, JOSEFINO