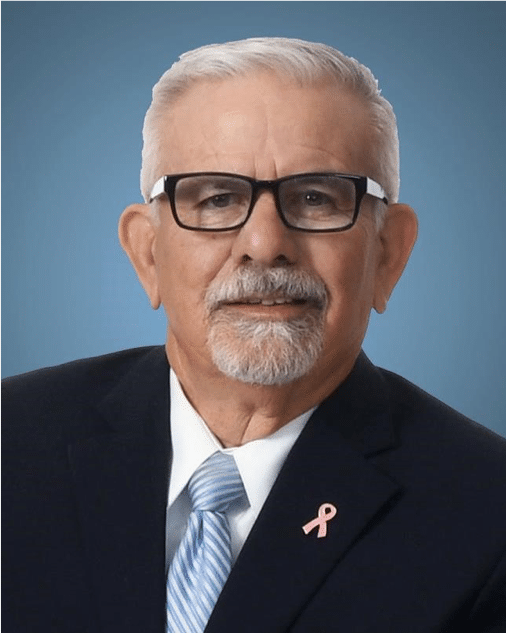 Ronnie Lopez, 73, passed away on Sunday, August 23, 2020. A third-generation Arizonan of Mexican-American descent, Ronnie was born on March 6, 1947 in the copper-mining town of Miami, AZ. He was preceded in death by his father, Jesus, his mother Vera, his two brothers and his son, Paul Jesus. He is survived by his loving wife of 51 years, Angie, their son Marcos Antonio, their daughter-in-law Hilda and granddaughter Ava.

Ronnie’s political savvy led to his success as a business leader and entrepreneur. In 1987, he founded Phoenix International Consultants, a consulting company specializing in contract negotiations, and political and marketing strategies.

Ronnie’s brand of leadership was special. He captivated everyone with his quick wit and sharp sense of humor. Ronnie was an avid golfer and would love to tell everyone the story about his hole-in-one on the 15th hole of the Legacy Golf Course on January 29, 2020.

Over the past 50 years, Ronnie Lopez has been a high-profile community leader and advocate. His community activism and visionary leadership helped inspire the creation of community-based organizations like Valle del Sol and Chicanos Por La Causa (CPLC). He served as field representative for the Arizona Civil Rights Commission, and later served as CPLC’s first president & CEO. He presided as Justice of the Peace in the West Phoenix Precinct in Maricopa County which led to Ronnie administering the oath of office to Arizona Governor Bruce Babbitt. Ronnie served under Governor Babbitt for 10 years and ultimately became his Chief of Staff.

Ronnie was recruited at the age of 32 and became the first Hispanic to serve on the board of the Arizona Bank and later became a member of the advisory board with Bank of America. Most recently, Ronnie served for the past 10 years on the board of CopperPoint Insurance Companies.

It is impossible to measure the incredible impact that Ronnie Lopez has had on the lives of his family, his community and the residents of Arizona. He was a champion for those whose voices were seldom heard by traditional community leadership. Ronnie challenged government, public schools and businesses to be more inclusive. He fundamentally changed the way elected officials viewed, and listened to, the Latino community. His leadership and influence put in place laws and policies that directly serve to make life better for marginalized communities.

Whether he was campaigning to elect the first Hispanic from Arizona to Congress, the Honorable Ed Pastor, or administering the oath of office to Secretary of the Interior Bruce Babbitt in Washington, D.C., Ronnie had a gift of bringing people together with purpose and resolve.

Ronnie always said that “he stood on the shoulders of giants” and believed that everything he accomplished was with the support of many others. Those who have known him will tell you that his impact on our community is felt every day.

Due to the Covid-19 pandemic, a private memorial service will be scheduled in September. The family is truly grateful for the outpouring of prayers and condolences. Condolences and Hugs from Home may be expressed at www.whitneymurphyfuneralhome.com

Offer Hugs From Home Condolence for the family of LOPEZ, RONNIE