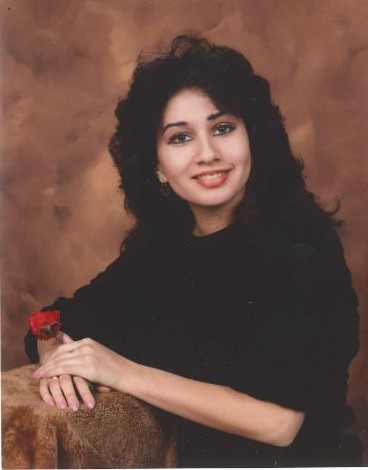 Adrianne was born to Ramon Perez Molina and Bertha Ulloa de Perez on July 28, 1968 in El Salvador and arrived in Arizona that same year. On November 10, 2016, Adrianne passed away at her home in Phoenix, Arizona. Adrianne attended St. Joseph Elementary in Hawthorne, California, high school, and Phoenix College. She was employed at Goldstein and Luera Construction LLC and Holdings as Executive Administrator to the CEO for approximately 23 years, Sam Meranto as well as other temporary situations. As a hard working woman, when she had the time and felt well, she would always be With Her Love in Christ. She would read the Scriptures, watch television channel 21, help at CASS, serve at St. Vincent de Paul Food Bank, and ask for funds or food for the Order of the Missions of Charity, an association that serves the Humble and Poor in Phoenix, Arizona (St. Theresa of Calcutta, India – Mother Theresa). She loved her time with her only son William A. Luera and enjoyed going to his football games at Valley Lutheran High School. She is survived by her son William Arthur Luera (14 years), daughter Ericka Perez, parents Bertha Ulloa de Perez and Ramon Perez Molina, and her foster father Arthur Luera. Visitation will be at 9:00 A.M. with a Funeral Mass at 10:00 A.M. at St. Mary’s Basilica, 231 N. 3rd Street in Phoenix, Arizona. Friends and family may park in the basement East of the Basilica on 4th Street, North of Monroe. Entombment will follow at St. Francis Cemetery, 2033 N. 48th Street, Phoenix.

Offer Condolence for the family of LORENTE, ADRIANNE SUZETTE