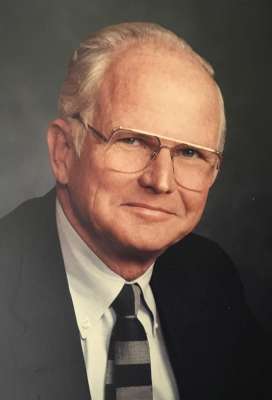 Herbert Johnson Louis (Tim) was born April 22, 1928, to Henrietta Johnson and John Jeffry Louis in Evanston, Illinois, and passed away at his home in Paradise Valley, (February 16, 2016). He was the great-grandson of Samuel Curtis Johnson, founder of the SC Johnson & Son. He was known as an accomplished orthopedic surgeon, philanthropist, sportsman, Army veteran, mentor, husband, father, grandfather, great-grandfather, and a good friend.

He studied at Deerfield Academy in Deerfield, Massachusetts, Williams College in Williamstown, Massachusetts and Northwestern University Medical School in Chicago, Illinois. He married Julie deLescaille, his college sweetheart, in 1950, before beginning his medical residency training, which was completed at Hines Veterans Administration in Chicago (interrupted and enhanced by two years of medical service as an Army Captain under Major George Woodard in France, where he also received a wonderful introduction to fine wine and food), all capped by a fellowship at 12 different medical orthopedic centers in England.

Tim and Julie moved to Phoenix, Arizona in 1961 to begin his professional career in private practice. Shortly after beginning his practice, Tim realized that his true calling was in education. He soon created and chaired the Maricopa County hospital’s orthopedic residency program. The countless children he treated and the 50 residents he trained were a source of tremendous pride. Tim was an active member of the American Academy of Orthopaedic Surgery, within which he served on many subcommittees. Career honors included: elected member of the Association of Bone and Joint Surgeons, serving for a time as its President, and for many years he acted as an examiner for the national Orthopaedic Board of Surgery.

Most notably to his friends and family, Tim was a man who selflessly volunteered his time, energy, and finances to a multitude of people, organizations, and causes. He was integrally involved in creating the Phoenix Children’s Hospital and served on its board since its inception. He was a passionate and active member of The Phoenix Thunderbirds.

To all, he was known to have a wry sense of humor and a keen sense for traditional values. He held himself and others to exacting standards of dress and elocution, but did so with a wink and a smile. An avid pilot who described himself as also having “a terrible addiction to golf;” he never believed himself to be a fine golfer (but he wouldn’t mind telling you about his nine holes-in-one, and/or having shot his age on several occasions). To all he encountered he was one of the finest examples of the sport’s high standards and values. His culminating achievement in golf was his design of TOIX (The Other Nine), the complement to Deerprint, a golf course built by his grandfather just off the shore of his cherished Lake Owen, Wisconsin. He had a considerable interest and ability in woodworking and often worked wood into “semi-functional things”. He had a respect for all living things and had a life-long affinity for pets, most recently Bainbridge, his beloved and devoted deaf white Labrador retriever who he proudly trained, along with himself, to be a therapy team for visits to Phoenix Children’s Hospital patients.

The very core of his spirit lies in the above-mentioned place and lake in the Great North Woods of Wisconsin. It is there that his faith in family values, ethical behavior, kindness to others, and the pursuit of one’s true self is most evident. The atmosphere that he created is a marvel to all who have been able to visit. It is a legacy that will live forever in the hearts and minds of not only his family, but in the many guests he loved to entertain.

He is pre-deceased by his parents and his two brothers, the Honorable John Jeffry Louis, Jr., and Michael William “Mick” Louis.

He will be sorely, lovingly, and respectfully missed.

Celebration of Life will be held on Wednesday, February 24, 2016 at 2:00 pm on the third floor rooftop garden at the Phoenix Children’s Hospital, 1919 East Thomas Road, Phoenix, Arizona. Valet parking available for those who require assistance.

The Louis family would appreciate any donations to be sent to the Phoenix Children’s Hospital Foundation, 2929 East Camelback Road, Phoenix, AZ 85016.

Offer Hugs From Home Condolence for the family of LOUIS, HERBERT JOHNSON M.D.