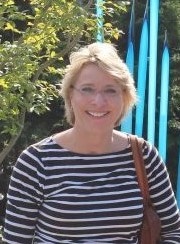 Barbara Ann Lubin, of Phoenix, died on February 6, 2021 after a courageous fight with breast cancer. She was 63.

Her endearing wit, fierce love of her family and friends, and dedication to helping others in all aspects of their lives, will be missed by all who were lucky enough to know her.

A lifelong Democrat, Barbara spent the greatest part of her life working behind the scenes, providing advice and guidance to those who sought political office and others who were seeking positions where they could help improve the lives of others.

She was born December 8, 1957 in Frankfurt Germany to COL (Ret) Tony Perpich and Jeanne (Pincetl) Perpich. Upon returning to the US, she lived in multiple states before settling in Flagstaff upon her father’s retirement in December 1969. Barbara graduated from Flagstaff High School and Northern Arizona University with a Bachelor’s in Journalism and an MBA.

After moving to Phoenix in 1982, she worked as an aide in the Arizona Senate before working for Corporation Commissioner Jim Weeks. She spent many years volunteering for Democratic candidates and at Madison Simis PTA, where her daughter Jessica was a student. She also ran the Madison School District’s Art Masterpiece program, adding many contemporary artists during her tenure.

In 2000, Barbara became the first candidate to file and run under the new Clean Elections Law for her unsuccessful run for the Corporation Commission. She went on to train others running for office at positions at Clean Elections Institute, Progressive Majority, and since 2012, at the Arizona Democratic Party.

Throughout her career Barbara mentored countless candidates on running for office and welcomed volunteers with open arms. She was known for her excellent cooking and baking, hosting dinner parties, and bringing treats into the office. Barbara loved sharing her love of Arizona with everyone she met. She traveled the state extensively, loving to hike and explore the natural beauty of her state.

She loved being a grandma to her two granddaughters. Barbara hunted for great books, fun toys, and cute clothes for them.

Barbara’s family thanks her medical team, her amazing friends, and the Arizona Democratic Party for all of their help during this challenging journey.

Barbara is survived by her husband of 33 years, Stanley, her daughter Jessica, her son-in-law CPT James Hall, and her granddaughters, Abigail and Elizabeth. She also leaves behind her siblings Ann (Ken) Miller, Jeannie (Dick) Baker, and Tom (Jana) Perpich, eight nieces and nephews and their families. Barbara is also survived by the countless friends she made throughout her life.

Funeral Services will be held on Thursday, February 11, 2021 at 9:30 A.M. at Whitney & Murphy Funeral Home, 4800 E. Indian School Road, Phoenix. Interment will be at St. Francis Cemetery. For those not able to attend, the funeral service will be broadcast via Zoom with a larger in-person celebration of life happening later in the year when we can all gather safely together to celebrate Barbara. In lieu of flowers, the family asks you to consider making a donation in her name to Metavivor, a nonprofit dedicated to researching metastatic breast cancer, or your local Democratic Party.
Condolences may be expressed at www.whitneymurphyfuneralhome.com.

Offer Hugs From Home Condolence for the family of LUBIN, BARBARA ANN