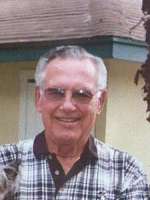 Isaiah Kimberly Lukens, M.D. passed away peacefully on the afternoon of January 8, 2013 in Phoenix, Arizona.  Born in Omaha, NE on November 5, 1926 to Isaiah Lukens, M.D. and Alice Kimberly, he was proud to be fourth generation to pursue a degree in medicine.  He was loved as a physician, a mentor, a teacher, a husband, a father, and a wonderful friend respected by his countless colleagues and peers.  As a husband and father he will be remembered as one of the prominent practitioners of pediatrics, caring not only for his patients, but dedicating his time to those children less fortunate and in need of care.  A graduate of The University of Nebraska, College of Medicine he continued to practice well into his sixties.  He was part of a group of physicians who helped make Phoenix Children’s Hospital a reality, while caring for his patients at the Children’s Medical Center, St. Joseph’s Hospital and Good Samaritan Hospital.  He was a member of the American Academy of Pediatrics, AMA, and the Maricopa County Medical Society.  He was known for his kindness and patience, wonderful sense of humor, and his ability to tell a joke as well as a limerick.  He enjoyed playing golf, trips to California with his family and rooting for the Nebraska football team.  He was preceded in death by his son Isaiah Kimberly Lukens, Jr.  He is survived by his wife of 57 years, Josephine, his daughter Christina Lukens O’Dowd (Michael), Stephanie Ann Lukens, Louis Lukens and Laura Lukens.  Private Services have been held for the family.  Donations may be made in his name to the “Etched In Our Hearts” Campaign at St. Francis Xavier Catholic Church at 4715 N. Central Ave., Phx., AZ 85012 or Phoenix Children’s Hospital (602-546-GIVE or on line at phoenixchildrens.com)

A special thank you to Dr. Luis Gonzalez and the staff at Banner Peoria Inpatient Unit for their excellent care, compassion and support, also to Huger Mercy Living Center in Phx., AZ.

Offer Hugs From Home Condolence for the family of LUKENS, ISAIAH KIMBERLY, M.D.