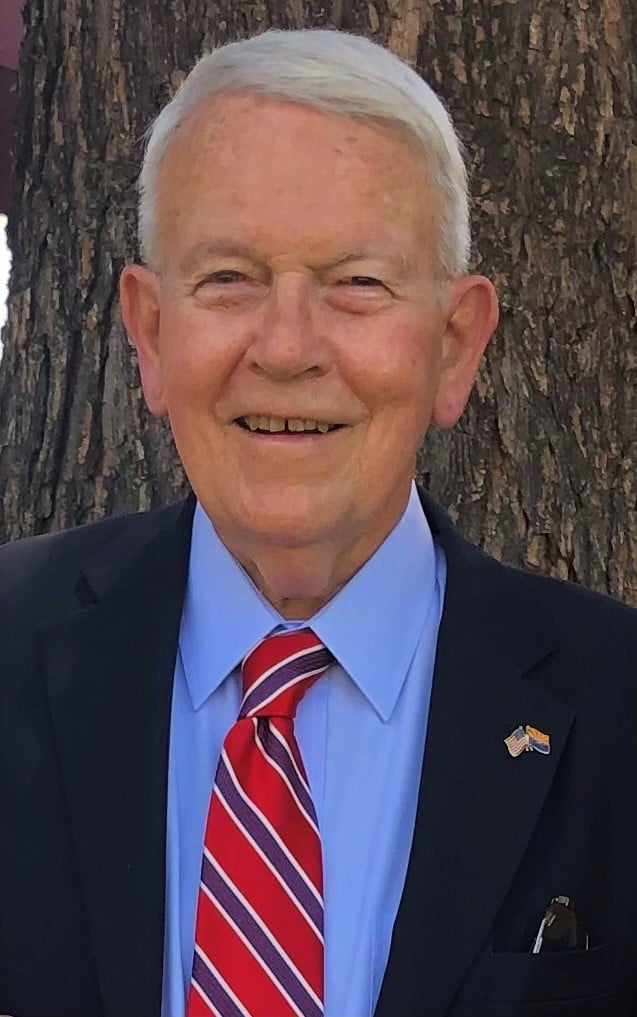 Everyone who met him agrees, Bob Lynch lived his life with passion. Passion for his family, passion for the law, passion for good wine (and whiskey!), and passion for people. Bob never met a stranger. He was truly the life of the party. And boy did he love to host them!

We often joked that Bob missed his calling as a CIA operative because within minutes of meeting someone, he would know their birthplace, schooling, profession, and names of their spouse, siblings and children. This was true whether they were a new client or a repairman coming to the house. Or Ezekiel the mailman!

New to the neighborhood? No problem. Within days you were added to Bob’s email list for front yard inventory reductions or supplied plants for your garden and a jar of Bob’s top secret cranberry sauce at Christmas. If you were lucky enough to attend one of his front yard soirees, you were plied with a sampling of Arizona wines, or perhaps a glass of Lynch Bages, or a homemade mojito, and some of Bob’s unique cheese and cracker trays.

And then the stories would begin. From his days as an undergrad and law student at the University of Arizona to his service in the United States Marine Corp; from his nearly six decades as a water lawyer to his love of wine and gardening, Bob loved to tell tales. He was a fountain of random facts ranging from the 52 types of mint leaves to the plight of the humpback chub, from Native American basket weaving to the intricacies of cheesemaking. And he somehow managed to intertwine each of these topics into one conversation.

To say Bob’s cooking was unique doesn’t do it justice. Experimental is more appropriate. He was loathe to follow a recipe, opting instead to simply toss ingredients together and see what happened. Bob called it cuisine. We called it “goop.”

Bob survived nearly four decades surrounded by only women, including Anne, his wife of 52 years, and his three daughters, Betsy, Caroline and Stephanie. Even our childhood pets were female. He was thrilled to welcome his sons-in-law, Scott and Edward, into the family. And he loved being “Grandpa” to Teagan, Declan, Alexander, and Eleanor.

If Anne was the love of his life, then the law was his mistress. He often described himself as a simple country lawyer, but in reality, he was a brilliant attorney and skillful litigator, credited with helping to shape Western water and hydropower policies for much of the last four decades. He represented Arizona’s irrigation and electrical districts, its cattle growers and ranch owners, and changed the fate of Arizona’s burgeoning wine industry. He continued to serve his clients right to the end.

Bob passed away peacefully on August 29, 2021. Known as Smiley to his Marine Corp. Sergeant, Godfather of Western Water Law to his colleagues, and 14th Avenue Sommelier to his neighbors, Bob was loved by many, most of all his devoted family. A Funeral Mass will be held on Thursday, October 21, 2021 2021 at 2:30 P.M. at Saint Francis Xavier Catholic Church, 4715 N. Central Avenue, Phoenix, AZ 85012.

Offer Hugs From Home Condolence for the family of LYNCH, ROBERT STEPHEN