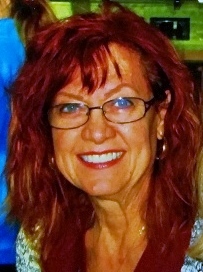 Cheri Lynn (Hank) Mabbitt – 71, entered into rest, on February 27, 2019 in Gilbert, Arizona. A Memorial Service will be held at Broadway Christian Church, located at 7335 E. Broadway Rd., Mesa, AZ, at 10:00 am, Saturday, March 30, 2019. Arrangements were entrusted to Whitney and Murphy Funeral Home. Condolences to the family, along with her obituary are available at: www.whitneymurphyfuneral.com

Cheri was born in Wayne, Nebraska on March 4, 1947 to parents Elray and Hazel Hank. She grew up on the family farm in Wakefield, Nebraska with three younger brothers (Donn, Jim and Gary). She graduated from Laurel High School in 1965, and continued her education at Wayne State College, on a full music scholarship. Her musical prodigy began at the age of ten, when she began taking piano lessons. By Junior High, she was playing piano for the school musical. In High School she was a member of the Choir, played the French horn (in the band), performed piano solos, gave piano lessons, and began playing the accordion. She still found time for cheerleading.

Cheri was dedicated to the teaching and counseling programs for the Tempe Union School District for over 30 years. In 1978, she became the original Choral Director, and piano instructor for Corona del Sol High School. She continued to serve the students and was the Department Chair of Guidance and Counseling at Mountain Pointe High School and Tempe High School, where she retired in 2007.

Cheri also served for 10 years as an Adjunct Faculty Member at University of Phoenix, teaching at the Phoenix Campus, in the Masters in School Counseling Program. She facilitated many workshops in the areas of personal development, along with, college and career readiness.

She was the founder/coordinator of the Mountain Pointe Champs/Diversity Program, as well as, the Mountain Pointe Peer Helper/Mediation Program. She was an Advisory Council Member of ACT, in addition to being a past President for Tempe Dollars for Scholars. Cheri was also the recipient of several local, state and national awards (Cash Award from the State Attorney General for Mediation Program of Excellence, and an Award of Excellence for counseling at Corona del Sol High School).

Cheri was a very caring and compassionate person, always putting the needs of others before her own. She was a woman of strong faith, believing in the power and strength of the Lord’s love and the beauty and peace that awaited her.

She is preceded in death by her Husband Larry Mabbitt, Granddaughter, Brooke Bassler, Parents, Elray and Hazel Hank, and brothers, Eugene, Donn, and Jim.

Offer Hugs From Home Condolence for the family of MABBITT, CHERI LYNN