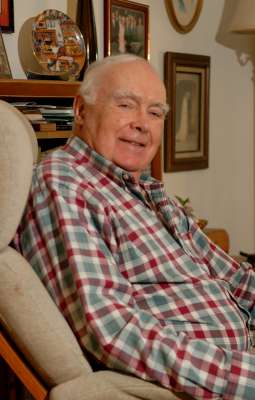 David MacDonald, 84, oldest son of Ronald David and Margaret MacDonald passed away on February 26, 2017. He leaves behind his daughters Heidi and Marlene (husband Tim), brothers: Paul (Carol), John, Francis (deceased, wife Elaine, Richard (Maureen), and Jim (Jane), sister Margie (Tom) and numerous nieces and nephews. David was an outdoors enthusiast, long-distance swimmer (between Hawaiian Islands), hiker, mountain climber, and could still dunk a basketball at 47! He was a graduate of Brandeis University, which qualified him to be a liberal thinker throughout his life – weekly devouring the Sunday New York Times seemed to bolster his liberal horizons! David’s life work was in City and County Planning. He was particularly proud of his roles in preserving the access to and aesthetics of the Willamette River, and wheelchair access to California busses. He designed a number of traffic mitigation plans for urban environments. David enjoyed good, spirited, reflective conversations with friends, even Republicans! Friday breakfasts at Merci with his friends Bob Miller, Richard Sutter and David West brought together friends that shared a profound joy for these interesting folks whose collective specialness was shared by many walk-ons (visitors). David had a great ability to make new friends, bring together in conversation personalities with traits of intellect, personal joy and worldly experiences. David’s friends like Bob Miller, Alice Stambaugh (husband), Kelly McCall, Michael Virnimb and Brian Sims were very generous in assisting David with his recent health challenges. David’s family is so grateful for their care of him. David was a lifetime learner, who was truly erudite. He shared his knowledge of literature, history, current events, politics and life -enthusiastically with his friends, siblings and numerous nieces and nephews. Memorial Service will be held on March 2, 2017 at 2:00p.m. at Whitney & Murphy Funeral Home, 4800 E. Indian School Road, Phoenix, AZ. 85018. 602-840-5600.

GRAVESIDE SERVICE WITH MILITARY HONORS WILL BE AT

Offer Condolence for the family of MACDONALD, R. DAVID