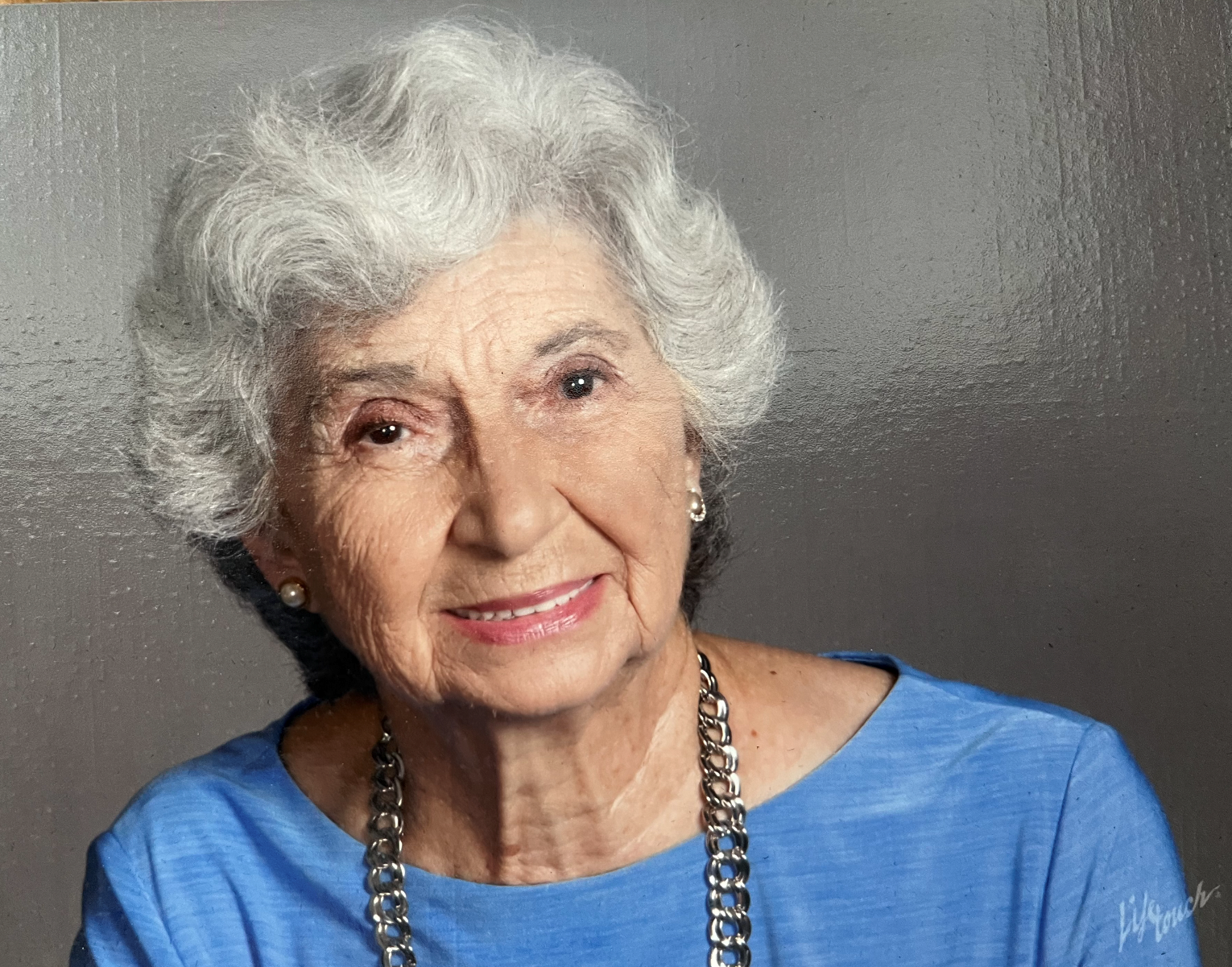 Lydia Macias passed away August 23, 2022, a few weeks short of her 95th birthday. She was the youngest and last surviving child of Ignacio and Angelita’s 17 children.
Born in Laveen, just before the start of the Depression, Lydia spent her early childhood living on farms that her father worked in Laveen and east Phoenix. She enjoyed telling stories about her father and brothers taking produce to the markets in downtown Phoenix in the early morning. As the monsoons swept into the Valley, she recalled sleeping outdoors in the summer with her siblings at a time without air conditioning, and racing inside when the summer storms rolled in.
As the depression wore on, her family moved to Southern California looking for work, as did many other struggling Americans.
The family returned to Arizona after the war and Lydia became the primary caretaker for her elderly parents. She worked at a small grocery store and later at Newberry’s department in downtown Phoenix.
In 1951 she met Joe Macias at a dance at Immaculate Heart church in downtown Phoenix. They were married in October and a few months later moved into their new home in Central Phoenix, where they started their family of five children. She lived in the house for 71 years, until her passing.
After the kids were grown, Joe and Lydia traveled to Europe visiting the places Joe had seen during World War II when he served as an army medic. They also traveled to Argentina and Costa Rica to visit their son, Tom, who was in the Peace Corps, and northern California to spend time with their daughter Laura. They were active with several organizations at St. Francis Xavier Church.
Joe and Lydia were married for 48 years until his death in January 2000.
After Joe’s death, Lydia continued her travels, going to Europe, Mexico to visit her son Greg, and in 2008, she traveled to France for Tom’s wedding and later to Vermont to visit his family. In 2016 it was off to Italy for her granddaughter’s wedding and onto Rome for the canonization of Mother Teresa. Even after she turned 90 Lydia had one more overseas trip to Israel. Her daughter, Laurie, was her travel companion to the Holy Land.
Although she was slowed in the last year of her life by ailments and disease, she was always known for her energy. Her young granddaughters were delighted by their nana turning cartwheels in her 60’s, making tortillas in her kitchen and volunteer work with St. Vincent de Paul.
Lydia had endless love and concern for her immediate and extended families, her neighborhood, and her community. She was treated in kind as she spent her last days in the home she cherished, her loved ones constantly by her side.
She is survived by her children Albert (Norma), Laura, Steve (Carrie), Tom (Marielle), Greg, her seven grandchildren, four great grandchildren, and dozens of nephews and nieces.
In lieu of flowers the family suggests contributions to Hospice of the Valley (hov.org) or the Society of St. Vincent de Paul (stvincentdepaul.net)
On Friday, September 2, 2022, a visitation will be held at 9:00am with a Mass to celebrate Lydia’s life at 10:00am at St. Francis Xavier Catholic Church, 4715 N. Central Avenue, Phoenix. A reception will follow at Anderson Hall. Interment will be at 1:00pm at St. Francis Catholic Cemetery, Phoenix. Condolences may be expressed at www.whitneymurphyfuneralhome.com

Offer Hugs From Home Condolence for the family of MACIAS, LYDIA