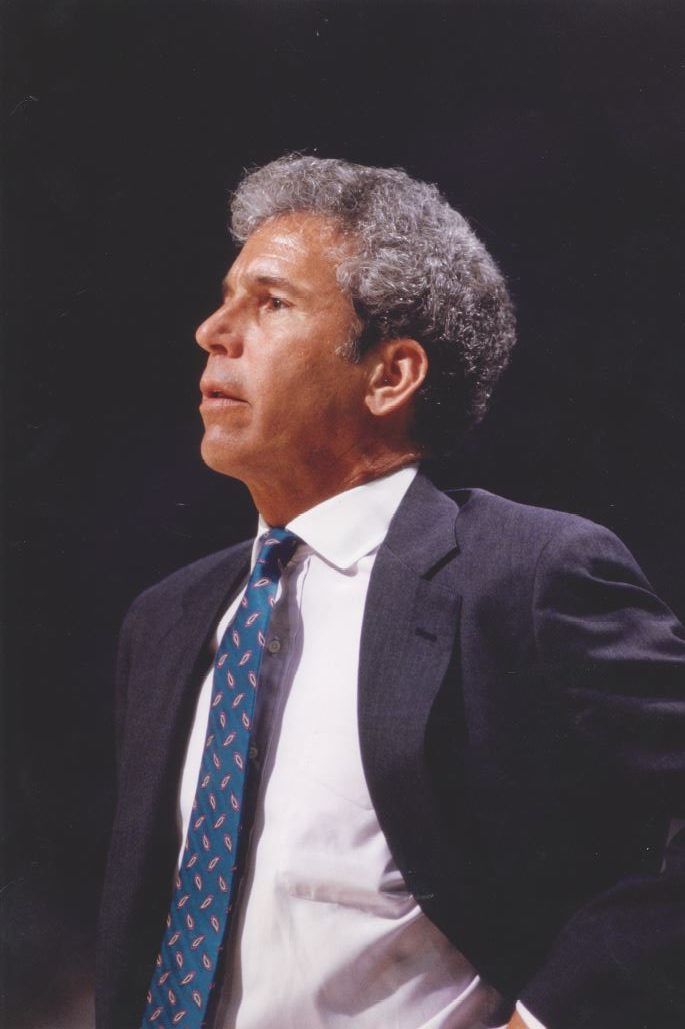 John Matthew MacLeod was born in New Albany, Indiana on October 3rd 1937 and died on April 14, 2019 at his home in Phoenix. He was the cherished husband of his wife of 45 years, Carol and the beloved father of his two children Kathleen and Matthew. The son of Ann and Daniel MacLeod, he attended Providence High School in Indiana and graduated from Bellarmine University in Louisville, Kentucky in 1959. He also received a Master’s degree in History and Physical Education from Indiana State University as he began his legendary basketball career as high school coach in Indiana. He became the Head coach at the University of Oklahoma in 1968 and coached there for 5 years. In 1973 John became the coach of the Phoenix Suns and is the longest tenured and most winning coach in their history, of course, highlighted by leading the 1976 Cinderella Suns to the finals of the NBA. John coached the Dallas Mavericks, and the New York Knicks before rounding out his career by returning to collegiate basketball to coach at the University of Notre Dame for 8 years.
John was inducted into the Indiana Basketball Hall of Fame in 2005, The Suns Ring of Honor in 2012 and The Arizona Sports Hall of Fame on 2016.
John is survived by his 5 grandchildren: Lucy, Grace, Maggie, John and Marco, his sister Margaret Burke and his Son-in Law, Bob Ryan and Daughter-in- Law, Lori MacLeod. A sister Dorothy Diehl preceded him in death.
A gentleman of class and integrity, he will be missed by all who knew him. May he rest in God’s love and peace.
The Visitation will be held at Whitney & Murphy Funeral Home, 4800 E. Indian School Road, Phoenix on Monday, April 22, 2019 from 5:00 pm – 7:00 pm with a small prayer service to follow. The Funeral Mass will be held at the Franciscan Renewal Center at Our Lady of the Angels Church, 5802 E. Lincoln Dr., Paradise Valley at 9:00 am on Tuesday, April 23, 2019. In lieu of flowers, please consider making a donation in his name to the Alzheimer’s Association Desert Southwest Chapter, at https://act.alz.org

Offer Hugs From Home Condolence for the family of MACLEOD, JOHN MATTHEW