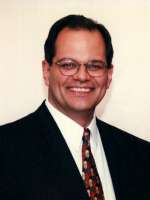 Patrick (Pat) James Madigan, 57, of Scottsdale, Arizona passed away April 19, 2013 after a long battle with ALS. Born April 17, 1956 in South Bend, Indiana to Gerald and Dolores Madigan, Pat graduated from LaSalle High School in South Bend, Indiana in 1974 and from Indiana University in 1978. After college, he married his one true love, Anne (Ritter) in South Bend, Indiana. Pat and Anne lived a life full of love, faith and commitment to one another. They raised their four children in Paradise Valley, Arizona. He began his career in chemical sales at Goodyear Tire and Rubber Company, but found a deep interest in finance and became a stockbroker for Prudential Securities. He was recruited by Merrill Lynch and retired as a Director of the Phoenix Complex. Pat found a way to be involved in several organizations. He served on the Saint Joseph’s Hospital board for many years, including two years as President. He was a founding member of Circle the City, the first and only medical respite center providing care to the homeless in the Phoenix area. Despite his many accomplishments and achievements in his career, Pat would undoubtedly want to be remembered as one utterly dedicated to God and to his family. He was a devoted Catholic, husband, father, grandfather, son, brother, uncle and friend to many more.  He brought an incredible wisdom, a glowing smile, a full body laugh, a warm embrace, and a great sense of humor to every room he entered.  He is preceded in death by his parents Gerald and Dolores Madigan and sister Carol Madigan. He is survived by his wife Anne, and his children Patrick (Ruth) Madigan, Sean, Megan (Bradley) Opitz, and Allison; his three grandchildren Emily, Sofia and Penelope Madigan; and four brothers Michael (Meghan), Gerald (Diane), David (Sarah) and Timothy (Katherine). A Memorial Service will be held from 5:00-8:00PM with a Vigil Service at 7:00PM on Thursday, April 25 at Whitney & Murphy Funeral Home, 4800 E. Indian School Road, Phoenix, Arizona. The Mass of Resurrection will be celebrated at 4:00PM, Friday, April 26 at Saint Theresa Catholic Church, 5045 East Thomas Road, Phoenix, Arizona. In lieu of flowers, memorial contributions on Pat’s behalf may be sent to Circle the City at 333 W. Indian School Road, Phoenix, AZ 85013, St. Joseph’s Hospital Foundation at 350 W. Thomas Road, Phoenix, AZ 85013, or the ALS Association at 4643 E. Thomas Road, Suite 1,

Offer Hugs From Home Condolence for the family of MADIGAN, PATRICK (PAT) JAMES