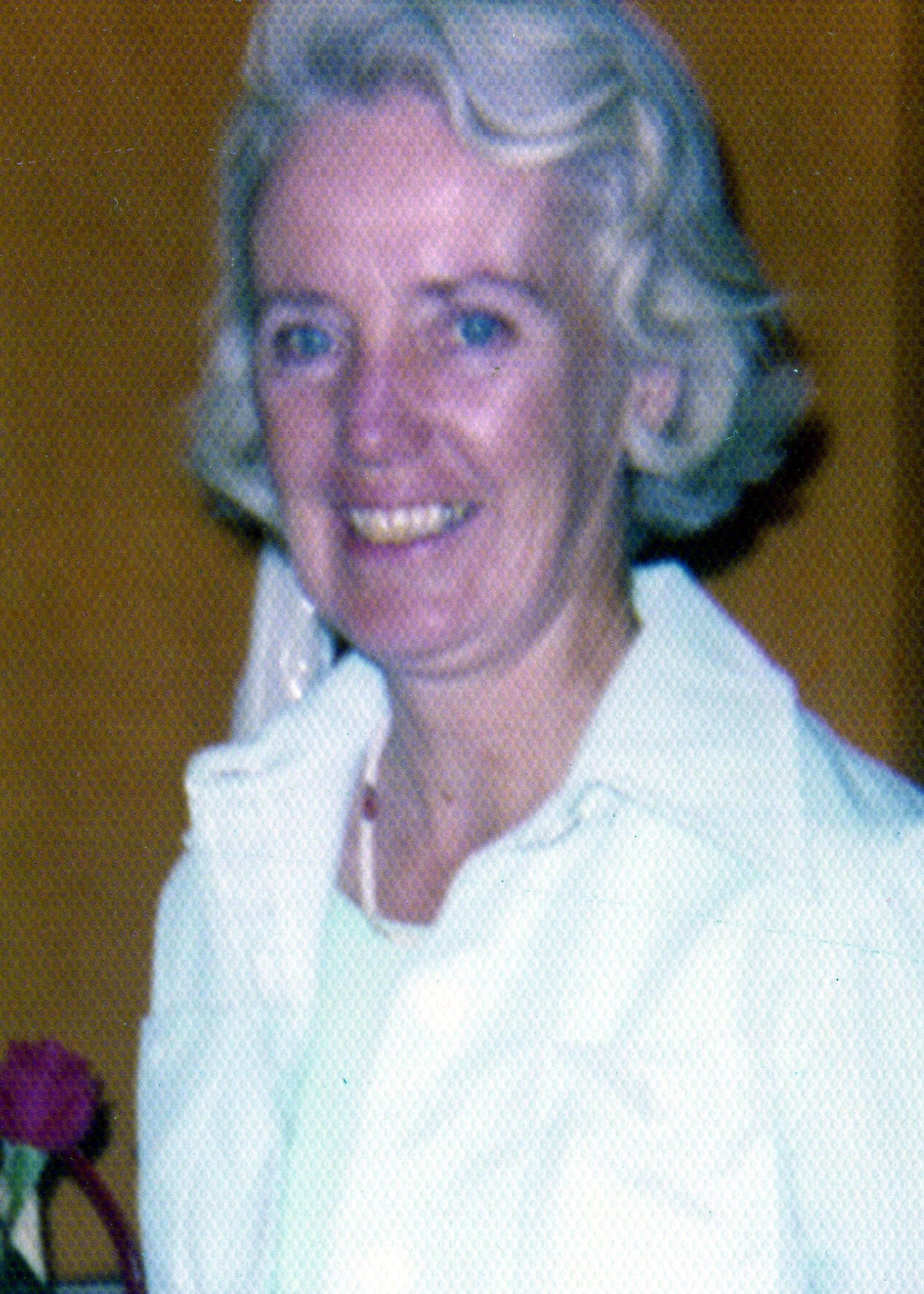 Angels called Patricia Woodland Maguire to be with God on May 4, 2022, at the age of ninety-nine. She was preceded in death by her husband Frank W. Maguire, her sister Kay Zell and brother Joseph McGovern. She is survived by her sister Lea McGovern and her seven children, eight grandchildren and seven great grandchildren.

Patricia was born in Jenkintown, Pennsylvania on November 29, 1922, to her parents Katherine and Joseph McGovern. She graduated from the College of Chestnut Hill with a degree in Psychology. She worked during the War Time effort operating a lathe machine and during that time she meet her husband Frank a social gathering.

She married Frank on November 16, 1946, at the 1408th AAF Chapel in Paris, France and then set out on her life’s adventure living in Germany and touring Europe after WWII and then criss crossed the United States from New York to Georgia to Alaska eventually ending up in Taiwan in the 1960’s.

During her time in Taiwan, she received the Girl Scouts highest award, the “Thanks” badge and grew a fondness to Japanese flowering arranging due to all her years in garden clubs back in the states.

She studied at the Ohara School learning the ways of Ikenobo which she continued to study locally and abroad with Ikebana of Arizona teaching others about the discipline, in 2011 she achieved a #14 diploma, Sokako, Professor of Ikebana, first grade.

Patricia and Frank moved to Phoenix Arizona in 1970 when Frank retired from the Air Force and called it Home. Always thirsting to learn she went back to school at Arizona State University and graduated in 1979 with a degree in Interior Design. She was a longtime docent at the Phoenix Art Museum, she oversaw the placement of Ikebana exhibits in the tokonoma and chaired the annual ikebana exhibit in the Asian Galleries. She was a devout parishioner at St. Theresa Catholic Church volunteering to count offerings after mass, active in the church book club and an ordained minister of communion. She lived in Phoenix up until 1998 when she and Frank moved to Coronado, California, a place both longed to be, it was a place that was very dear to her heart. She moved back to Phoenix in 2001 after Frank’s health declined.

Frank passed in 2004 and Patricia lived own her own until her passing, still learning, and taking part in things she loved. She was a vibrant woman with a quick wit, delightful stories, and compassionate heart.

Patricia’s Celebration of Life services will be held at St. Theresa Catholic Church, 5045 E. Thomas Road, Phoenix on Thursday, June 9, 2022 with Words of Remembrance to begin at 9:45, and funeral Mass at 10:00 a.m. In lieu of Flowers please send a donation to St. Theresa Catholic Church in memory of Patricia Maguire. Condolences may be expressed at www.whitneymurphyfuneralhome.com

Offer Hugs From Home Condolence for the family of MAGUIRE, PATRICIA “PAT” WOODLAND