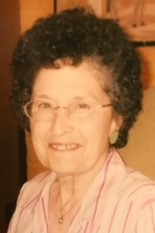 Lenore Koch Mahaney, 93, passed away peacefully surrounded by her children. She was the daughter of Paul and Helen Koch of Storm Lake, Iowa, second of 6 siblings. As a young adult, her adventurous spirit led her to California where she worked for Hughes Aircraft and met her soulmate, Howard. After marriage and 4 children, they moved to Phoenix where they continued their family and was active in the Phoenix Firebirds Lions Club. In her 50’s, she achieved an Associate Degree with Honors from Phoenix Community College. She was treasured by all who knew her. We will celebrate her long life, strong faith, and beauty of her soul. She is survived by her children Chris Mahaney, Janet Eshelman, Marcia Austin, Julinne Fenton, Lisa Gross, Mark Mahaney and Jennifer Mahaney, 18 grandchildren, 22 great-grandchildren, 1 great-great grandchild, her sister and brother, numerous nieces, nephews and great nieces and nephews. She was preceded in death by her husband Howard and son Steve. A Visitation will be held Wednesday, December 27th, from 6:00 P.M. – 8:00 P.M., with a Rosary being prayed at 6:00 P.M. at Whitney & Murphy Funeral Home, 4800 East Indian School Road in Phoenix. Mass will be celebrated at 10:00 A.M. on Thursday, December 28, 2017 at Most Holy Trinity Catholic Church, 8620 North 7th Street in Phoenix.

Offer Hugs From Home Condolence for the family of MAHANEY, LENORE KOCH