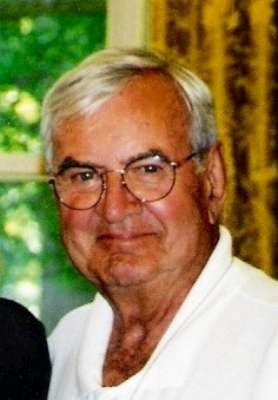 Bud passed away peacefully in his sleep on March 18, 2016 just a few days after his 98th birthday.  Bud was born March 7, 1918 in Barryton, Michigan, son of Frank Oscar and Ida Matilda Malmstone.  He is preceded in death by his parents, his brother Thane, sisters Marion Malmstone and Emily Buss.  He is survived by his beloved wife of 71 years, Bonita “Bonnie” Lesselyong Malmstone, his five children, Mary Ferryman (Jim), Frank Malmstone (Dee Dee), Sally Sweetman (John), Barbara Laing (Greg), and Nancy Smith (Doug). Bud was fortunate to have 11 loving grandchildren and eight great grandchildren. He attended Western University and Michigan State University.  Bud served in WWII in the Army Air Corps, stationed in New Guinea and really loved his years being a pilot.  He flew over 250 missions and was honorably discharged in 1944 after receiving the Distinguished Unit Badge with 1 Oak Leaf Cluster, the Distinguished Flying Cross with 2 Oak Leaf Clusters, and the American Defense Service Medal.  He retired as a Lieutenant Colonel in the United States Air Force. While still in the service Bud married Bonnie, “the true love of his life” and they eventually settled in Wayland, Michigan where they owned and operated Malmstone’s, a clothing store.

After moving to Phoenix in 1961, Bud worked for Russ Lyon Realty and later opened his own company, Bond Realty. Bud was an extraordinary gentleman, a devoted husband and a loving father.  He enjoyed boating with the family and anything nautical. Bud had an incredible love for golf, which he unashamedly bragged about his two holes in one.  Bud set the standard very high in regards to living a meaningful life. He will be incredibly missed by his family and friends but never forgotten in our wonderful memories. He will be buried at the National Memorial Cemetery of Arizona. In lieu of flowers, donations may be made to Hospice of the Valley, 1510 E. Flower Street, Phoenix, AZ 85014 in appreciation for their wonderful care.

Offer Hugs From Home Condolence for the family of MALMSTONE, BLESCH “BUD”