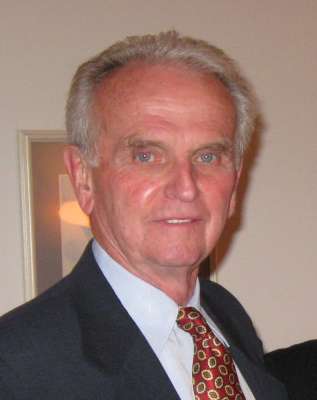 78, Phoenix, Arizona, passed away April 26, 2017, after a 5 year struggle with Pulmonary Fibrosis. Fred was born on November 15, 1938, in Cambridge, MA to Albert and Alice Mannke. In addition to his parents Fred is predeceased by his brother, Robert Mannke. Fred served in the US Army, retiring in 1978, following 20 years of service then began a lengthy career in the Pentagon until retiring in 1994 when he moved to Phoenix. He continued to work as a contract employee for many years. He served in Vietnam in 1969 as a Green Beret Paratrooper. He attended Officer Candidate School and attained the rank of Captain. He earned his college degree in Political Science at Park College, Parkville, MO while serving in the Army. He attended the Kennedy School of Government at Harvard University while employed by the federal government. Fred loved snow skiing and martial arts. Ever willing to help others Fred spent over 10 years volunteering on Wednesdays at the Andre House feeding the less fortunate. Fred is mourned by Janice, his wife of 37 years; daughter, Robyn DiDiego; son, Michael Mannke, both of MA; stepson, Anthony Sheppard, Phoenix, AZ; granddaughters, Jacquelyn (Kenny); Daniella DiDiego and great granddaughter, Olivia and great grandson, Liam, all of MA. A Memorial Mass will be at 10:30 am, Friday, May 19, 2017 at The Casa, Franciscan Renewal Center, 5802 E. Lincoln Drive, Scottsdale, AZ 85253. Following the Mass there will be a military ceremony and Fred’s ashes will be interred at The National Memorial Cemetery of Arizona, 23029 N. Cave Creek Rd., Phoenix, AZ 85024. In lieu of flowers the family requests donations to The Andre House of Arizona, P. O. Box 2014, Phoenix, AZ 85001-2014. Arrangements entrusted to Whitney & Murphy Funeral Home 602-840-5600.

Offer Hugs From Home Condolence for the family of MANNKE, FREDERIC E.