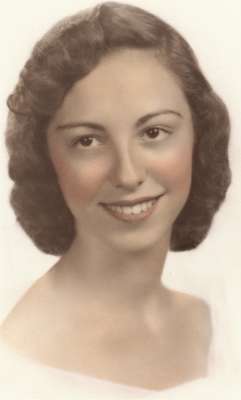 After a beautiful, brave, and valiant fight, Angela G. Markovich (Angie), 75, of Mesa, passed away on Sunday, April, 19, 2015 at Honor Health Scottsdale Osborn Medical Center from complications of non-Hodgkin’s lymphoma.  Angie was born on June 18, 1939 in Ambridge, PA to George and Virginia Karakitsos, both of whom preceded her in death. She lived in Ambridge, PA until marrying soon after her high school graduation.  Her husband, Ronald Markovich, was in the US Navy so she was able to do a lot of traveling, a passion she enjoyed throughout her life.  They even lived for a time in Guantanamo Bay, Cuba, where she worked as the admiral’s secretary, only having to leave in 1962 because of the Cuban Missile Crisis.  They eventually divorced and Angie continued working, primarily in civil service for the US government, for over 25 years and lived in a variety of places, including Puerto Rico.  She finally settled in Mesa in the mid ’90s, where she worked at several temp jobs as well as at Unicorn Financial, Chase and most recently at Banner Health Corporate Mesa, where she had many friends. Angie loved cooking and baking and was exceptional at both. She enjoyed crocheting afghans, and doing craft projects for others, playing cards and games, and spending time with family and friends. Angie was a very caring woman with a heart of gold who loved her family unconditionally.  She was truly loved in return and will be dearly missed.  Angie is survived by her daughter, Tracy Cleveland, son-in-law, John Cleveland, as well as her granddaughter, Chloe Cleveland, of Queen Creek; her son, Ronnie Markovich, of Porterville, CA; and her sister, Connie Merulli, of Monaca, PA.  In lieu of local services, her last wishes were to be cremated and her ashes scattered in the Pacific Ocean off of the Hawaiian Islands.  Angie’s family will carry out these wishes later this year.  In memoriam, any donations can be made to The Salvation Army, Southwest Division, 2707 E. Van Buren Street, Phoenix, AZ, 85008. Arrangements entrusted to Whitney & Murphy Funeral Home.

Offer Hugs From Home Condolence for the family of MARKOVICH, ANGELA G.