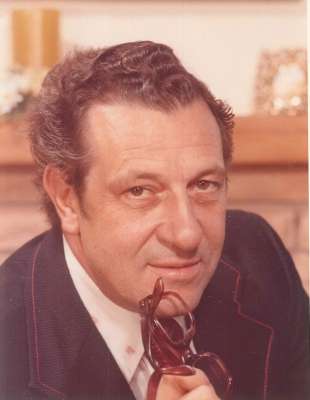 James Percy Marsh passed away on Wednesday, September 14, 2016. He will be remembered by everyone who knew him as husband, father, grandfather, great-grandfather, brother, uncle, and friend. Percy exemplified an unwavering selfless love and loyalty for the family and friends who meant the most to him. His strong faith and love for the Lord were paramount in his life, and evident to everyone who knew him. Percy will also be remembered for his ability to make people laugh. Percy was gifted with a special sense of humor and he could tell a joke as good as any legendary stand-up comedian. Percy was also an excellent writer and wrote two books reflecting his childhood and experiences serving in the Army Air Corps during World War II. James Percy Marsh was born on April 16, 1924 in Plentywood, Montana to Frank and Eugenia Marsh. He was the seventh of eleven children. After graduation in 1948 from Montana State University (where he was a member of the basketball team), he returned to Plentywood where he taught and coached. It was during this time that he met his wife, Edith Tuftedal, and they were married in 1951. That same year, they moved to Velva, North Dakota where he managed the Velva Lumber Company. In 1954, he and Edith moved to Minot, North Dakota where he managed and later owned Minot Lumber and Hardware. It was in Minot where he and Edith raised their family of five children. In 1989, Percy and Edith permanently retired to Phoenix, Arizona. Percy is survived by his wife of 65 years, Edith; daughter Julie and husband Dennis, Phoenix; daughter Stephanie and husband, William, Tucson; son, James and wife Debra, Phoenix; daughter Susan and husband Greg, San Diego; daughter Mary and fiancé Kurt, Phoenix; son-in-law Richard (deceased); grandchildren Rebecca (husband Jerome), Deanna (husband William), Katherine (husband Christopher), Megan (husband Brett), Benjamin, Randall, Dalton, Alexandra, Lauren, and William; great grandchildren Jack, Luke, Noah, Georgia and Francis. Additionally, Percy is survived by two sisters, Beulah and Carol; brother, Kenneth; sister-in law Beverly and husband Milo; and many nieces and nephews. Contributions in memory of Percy can be made to the Gardiner Home, Hospice of the Valley. (https://www.hov.org). The family would like to thank the staff members at Gardiner Home for their loving care and support. Visitation will be from 6:00 – 8:00 P.M. on Sunday, September 18, 2016 at Whitney & Murphy Funeral Home, 4800 E. Indian School Road. Funeral Mass will be celebrated at 10:00 A.M., Monday, September 19, 2016 at St. Theresa Catholic Church, 5045 E. Thomas Road, Phoenix. Interment will follow at St. Francis Catholic Cemetery.

Offer Hugs From Home Condolence for the family of MARSH, JAMES PERCY