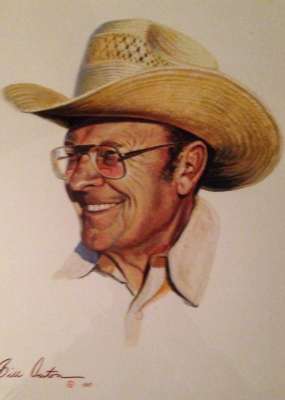 passed away April 7, 2015 surrounded by his loving family at the age of 86. Jim was born on January 27, 1929, the youngest child of Edward and Alice Marshall. Jim’s parents came to Arizona in 1905 and 1919 respectively. He was predeceased by his siblings Edward A. Marshall (Pete) and Wendy Marshall Koch.

A devoted family man and beloved friend, Jim was renowned for his sense of humor, quiet strength and generous spirit. He was a successful business owner, spectacular gardener and active community volunteer. A third generation Arizonan, Jim attended Kenilworth Elementary and Phoenix Union High School where he played varsity tennis and was Outstanding Company Commander in ROTC. Jim attended the University of Arizona, completing a degree in Business Administration. He then joined the U.S. Army, where he served as a special agent in Counter Intelligence, attaining the rank of Sergeant.

In 1951 he married his first love, Betty Udell. An incredible husband and father, together he and Betty had four children, Brit (Charla), Wendy, Christine (John Turner) and Elizabeth (Gary Felicetti). Betty died in 1974.

From the time he was born, Jim loved spending his summers at Iron Springs. He was always very active in the community serving on Salt River Project’s Board of Directors and the Council for 36 years. In addition to being an original founder of the Fiesta Bowl, Jim was Big Chief and Tournament Chairman of the Phoenix Thunderbirds. He was also involved with Homeward Bound, St. Luke’s Hospital, the North Phoenix Rotary, Phoenix Chamber of Commerce, U of A Foundation, Valley Field Riding & Polo Club and was Senior Warden at Christ Church of the Ascension.

A memorial service will be held on Saturday, April 11, 2015 at 11:00 a.m. at Christ Church of the Ascension, 4015 E. Lincoln Dr., Paradise Valley. In lieu of flowers, the family would appreciate donations to Hospice of the Valley, 1510 E. Flower Street, Phoenix, AZ 85014. Arrangements entrusted to Whitney & Murphy Funeral Home and Post Scripts by Posey.