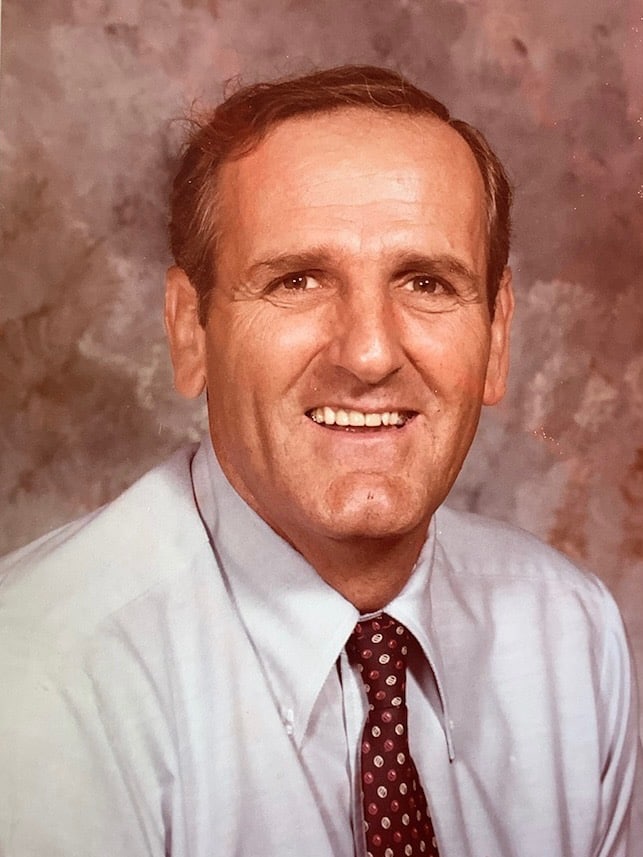 Lucio was born on September 10, 1934 in Pieria, Italy. At the age of 2, his mother, father, and three brothers immigrated to the US, where they settled in Pittsburgh, PA.

Lucio graduated from Westinghouse High School, earning a football scholarship to Thiel College. At Thiel College he co-captained the football team and was president of his fraternity, Delta Sigma Phi. In 1957 he was drafted in the US Army and spent the majority of his 2-year service term in Europe. After completing his military service, he earned a master’s degree from Duquesne University, keen on a career in education.

Following a brief period teaching and coaching at a high school in Ohio, Lucio moved to Phoenix in 1961, in search of a warmer climate. He started out at Phoenix Union High School as a counselor and coach, and, more importantly, met his wife, Roberta. Lucio served as Guidance Counselor at Camelback High School for 30 years, until he retired in 1995. As the head counselor, Lucio was a role model and mentor to countless students through the years. It was his passion to build relationships and help students navigate high school, as well as encourage them to seek the path to higher education. The Camelback community was important to Lucio, and he was deeply committed to being a positive influence, precisely the way many of his former students remember him to this day.

Lucio will be fondly remembered for his strong ties to and love for his family, or “La Famiglia.” Lucio was notorious for his outgoing and curious nature and was inquisitive in an effort to understand others as well as possible. As a lifelong sports enthusiast, Lucio spent decades playing handball and golf with colleagues and friends. Lucio had a keen sense of humor, a resounding laugh, a penchant for singing crooner songs, and an unwavering dedication to his family.

No services are planned, per Lucio’s request. Condolences may be expressed at www.whitneymurphyfuneralhome.com

Offer Hugs From Home Condolence for the family of MARTIN, LUCIO