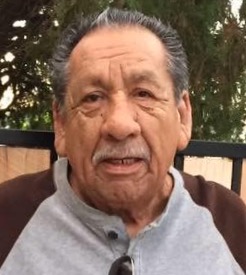 Ernest H. Martinez, 79, of Phoenix, passed away on January 9, 2018. He was born in Tempe on December 26, 1938 to Alejandro and Dolores Martinez. Ernest worked for the city of Phoenix for 38 years until retiring. He is preceded in death by his son Ernest Martinez Jr. Ernest is survived by his daughters Ester and Annalicia Martinez; son Gilbert Martinez; 5 brothers; 5 sisters; 9 grandchildren; and 5 great-grandchildren. Visitation will be held on Wednesday, January 17, 2018 at 9:00 A.M., followed by a Funeral Mass at 10:00 A.M. at Immaculate Heart Catholic Church, 909 E. Washington. Interment to follow at St. Francis Catholic Cemetery, 2033 N. 48th Street. Arrangements entrusted to Whitney & Murphy Funeral Home.

Offer Hugs From Home Condolence for the family of MARTINEZ, ERNEST H.