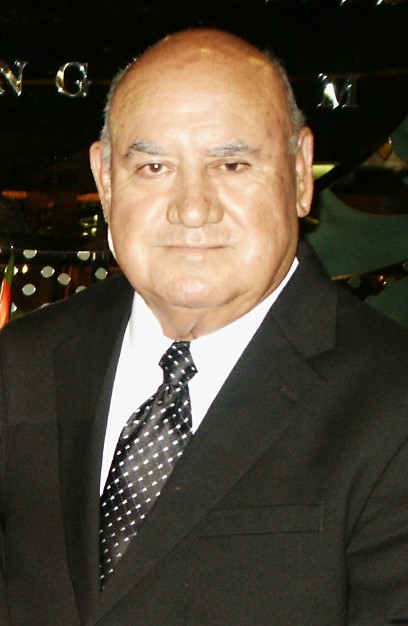 Fred was born April 6, 1941, in Holbrook Arizona, to Fred Martinez Sr. and Alicia Chavez Martinez. He graduated from Holbrook High School in 1960 and attended NAU in Flagstaff and Phoenix College. He married his wife Jolene in 1962 and she was devoted to him for 54 years of marriage. He was preceded in death by his father and mother, 5 sisters, Caroline, Rita, Vivian, Diana and Karen and one brother, Sam. He is survived by his wife Jolene, daughters, Chimene Wenrick and Monique Marez (Eli), four grandsons; Ernie, Marco, Chris and Adam and one granddaughter Kristina. He is also survived by three great-grandsons, six great-granddaughters and brother Gavin. Fred retired from ADOT after 32 years and then worked for the Salt River, Pima Maricopa Indian Community for 15 years. Visitation will be Friday, February 10, 2017, 6pm-7pm. with a Rosary at 7pm. and a Eulogy and life celebration 7:30pm-9pm. at Whitney & Murphy Funeral Home, 4800 E. Indian School Road, Phoenix, AZ. Funeral Mass will be at St. Mary’s Basilica, 231 N. 3rd Street, Phoenix on Saturday, February 11th at 9am. Interment will follow at Holy Cross Cemetery in Avondale. Contributions may be made to Hospice of the Valley, 1510 E. Flower Street, Phoenix, Az. 85014.

Offer Hugs From Home Condolence for the family of MARTINEZ, FRED A.