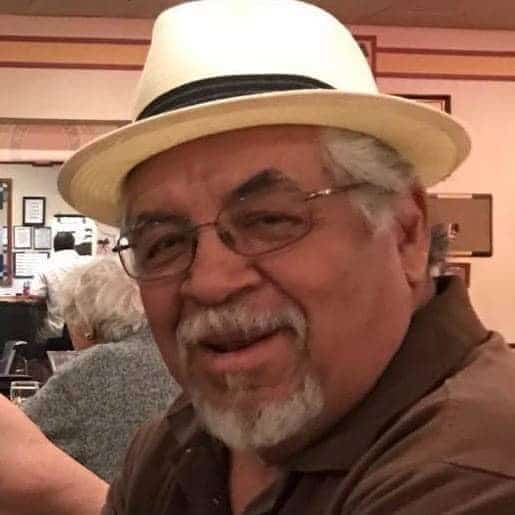 George P. Martinez of Phoenix, Arizona passed away on December 19, 2020 at his home. George was born April 23, 1952 in Torrington, Wyoming to Pete Martinez and Virginia Antunez. He was the eldest of their ten children.

The family moved to California in 1954 and settled in Pomona where George attended Fremont Jr. High and then Garey High School. In 1969 the family relocated to Phoenix, Arizona where he graduated from East High School, class of 1970. After graduating high school, George began his lifelong career with the City of Phoenix Parks and Recreation Department where he retired as a Gardener after 34 years of service.

George was a lover of all types of music, he had a beautiful voice and loved to sing. He was an avid collector of music and had a large collection of vinyl records as well as various other recorded media which he meticulously kept in mint condition. George was also a lover of concerts and musical productions and attended many concerts and shows both in Phoenix and Las Vegas often inviting his younger siblings to their first experience seeing a live show. He also loved collecting playbills and movie memorabilia including T-shirts, action figures and ticket stubs which he would proudly display. He loved his pets, especially his adopted rescue cats and his beloved birds which he cared for like family.

George loved Las Vegas and though he didn’t gamble, he loved going to the shows. He met many celebrities along the way but the highlight was becoming the subject of one of Don Rickles’ routines which was a story he loved to retell and afterwards Mr. Rickles bought him a drink.

George also volunteered his time and service to our community. He was a member of the Lions Club and the Moose and Elks lodges where he proudly participated in their respective community activities. He especially loved serving hot chocolate at the yearly Glendale Glitters.

George never missed the large family holiday and birthday gatherings always wearing one of his signature t-shirts or Christmas sweaters. He was our “Tio George” and his presence will be deeply missed.

There will be a private viewing for his family on January 2, 2021 and a celebration of his life will be held at a later date.

In lieu of flowers the family requests memorial donations be made in memory of George to the Arizona Exotic Bird Rescue 2724 N. Scottsdale Rd., Scottsdale, AZ 85257.

Offer Hugs From Home Condolence for the family of MARTINEZ, GEORGE P.