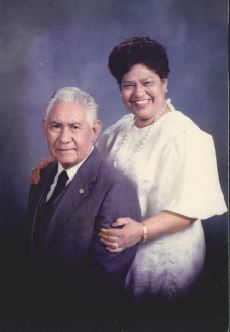 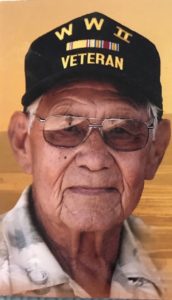 Manuel M Martinez, 92, passed away peacefully on Monday, July 1, 2019. Manuel was born on the 7th of August 1926 in Phoenix, Arizona. Manuel is preceded in death by his wife Viola, parents, sisters and brothers. Manuel is survived by his 2 sisters Lena Chavez and Georgia Moreno and his children Gloria Gonzales, Manuel Martinez, Jr. (Gloria), Rachel Dominguez (Ron), Rebecca Alvarado (Dan), 7 grandchildren, 19 great grandchildren and 3 great great grandchildren. He grew up in Central Phoenix, Arizona, survived WWII, and eventually worked as a mason at the Palo Verde Nuclear Powerplant until he retired. He learned to speak German from the German Soldiers while he was a Prison Guard. He was such a Good Father to ALL His Children and Grandchildren. He always had the Best Jokes and made People Laugh and Smile. He was Loved by Many and Cherished by All who Knew Him.
Funeral Mass will be held Wednesday, July 10, 2019 at 10:00 A.M. at Ss. Simon and Jude Cathedral, 6351 N. 27th Avenue, Phoenix. Burial will follow at St. Francis Catholic Cemetery. Condolences may be expressed at www.whitneymurphyfuneralhome.com

Offer Hugs From Home Condolence for the family of MARTINEZ, MANUEL M.