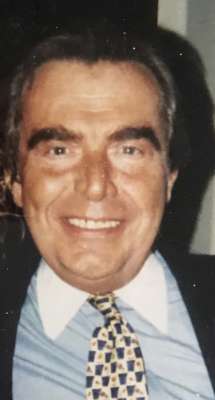 Joseph Peter Martori was born on August 19, 1941 in Brooklyn, New York to Joseph and Teresa Martori.  He has two brothers Frank and Jerry as well as one sister named Catherine.  Joe attended New York University and received his Bachelors of Science degree in 1963, graduating Summa Cum Laude.  He also received an M.B.A degree in Finance from New York University in 1968.  Later, Joe attended Notre Dame Law School earning his law degree and graduating first in class in 1967.  Joe was a prestigious Attorney in Arizona practicing at various law firms and even serving as a founding member of Martori, Meyer, Hendricks and Victor.  In addition to his career as a Lawyer, Joe was the founder and director of First Metropolitan Bank and served for ten years as Vice Consul of the Republic of Italy for the State of Arizona.   Joe was also the Chairman, President and CEO of ILX Incorporated, an international travel and leisure company on the American Stock Exchange.  Joe’s passion was giving to others and he took pride participating in various charities including the Boys and Girls Clubs of Metropolitan Phoenix where he served as a member of the Corporate Board of Directors.  Joe authored the Novel Street Fights which was published in 1987.  To know Joe was to love him and he left a lasting impression on everyone he met.  His smile and presence will be missed by many.  Joe is survived by his wife Mia, son Joseph, two daughters Christina and Arianne, sister Catherine, brother Frank as well as his four grandchildren Joseph, Dominick, Albert and Tiernan.  Joe passed away surrounded by loved ones on December 9, 2018.  There will be a celebration of life scheduled for Joe in January. In lieu of flowers, Joe would love a donation be made in his honor to Best Friends Animal Society at bestfriends.org  or Boys and Girls Club of Metropolitan Phoenix.  Condolences may be expressed at www.whitneymurphyfuneralhome.com.

Offer Hugs From Home Condolence for the family of MARTORI, JOSEPH PETER