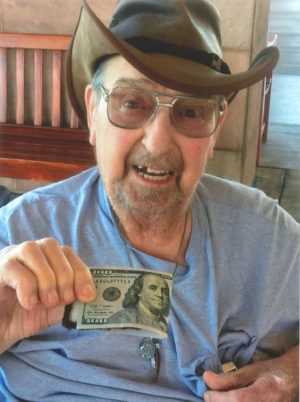 74 of Mesa, passed away on September 1, 2017. He was born on September 28, 1942 in Brighton, Massachusetts to Nicholas and Afrodite Rafail Matthews. Chester was a proud veteran having served four years in the U.S. Army as a mechanic. He had a strong faith in God and loved serving his church. He loved his family and was most proud of marrying his wife, Diana Ajalat Matthews. He was a hard-working man and worked three jobs most of his life to provide for his family, including delivering newspapers and maintaining his church in Boston. He began working as a mechanic at Boston Edison in 1969 and retired as a lineman in 2000. In 2002, he moved to Mesa, Arizona from Massachusetts. In retirement, he loved spending time with his family. Chet continued to be hard-working and enjoyed working on cars and projects around the house with his boys. He enjoyed bowling in a bowling league and traveling. Chet adored his four grandchildren and taught Albanian to them. He is survived by his loving wife Diana; sons Nicholas (Molly Abrahams Matthews), David (Angela Scordamaglia Matthews), and Jonathan; grandchildren Payton, Zoe, Anna, and Steven; brother Thomas (Mary Matthews); and sisters Diane Minnelli (Dominic Minnelli) and Nancy Chomo (Steven Chomo). His parents and sister, Dorothy Adams (Lambi Adams), preceded him in death. Visitation will be 5:00 – 7:00 P.M. with a Trisagion service at 6:00 P.M., on Thursday, September 7, at St. George Antiochian Orthodox Church, 4530 E. Gold Dust, Phoenix. Funeral service will be held at 10:00 A.M., Friday, September 8, at St. George church. Interment to follow at Green Acres Cemetery. Arrangements entrusted to Whitney & Murphy Funeral Home. Donations can be made to St. George Antiochian Orthodox Church in his name. Please sign our guest book whether or not you knew Chet. Please feel free to share a memory you have of him.

Offer Hugs From Home Condolence for the family of MATTHEWS, CHESTER S