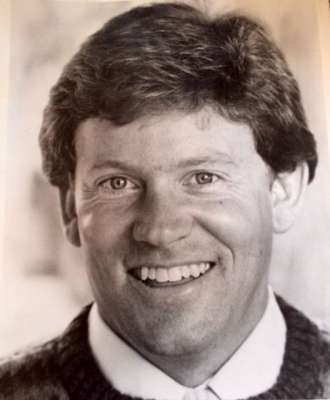 Wayne R. Matthews of Phoenix passed away suddenly on Thursday, June 26, 2014 at the age of 61. He is survived by his parents Norma and Reginald Matthews of Phoenix, sister Marilyn Matthews Harbster of Phoenix, and niece Jennifer Harbster of Washington D.C. who affectionately called her Uncle “Unky.” He was born on October 28, 1952 in Framingham, MA, but grew up in the Valley of the Sun attending Orangewood Elementary and graduated from Washington High. He enlisted in the Navy after high school and served on the USS Shasta during the Vietnam War. After his service with the Navy he returned to Phoenix and studied horticulture at ASU. Wayne had a passion for life and nature – he always stopped and smelled the roses. He created magical gardens filled with colorful and fragrant flowers, as well as edible gardens of delicious herbs, vegetables and fruits. He worked at Sperling and Steven’s nurseries in Los Angeles and most recently he worked at Baker’s Nursery in Phoenix where he enjoyed helping Phoenicians beautify their lives with plants and flowers. He had a passion for growing roses, so he ventured into the cut rose floral business while living in Los Angeles. He maintained over an acre of the most beautiful garden antique roses known to man which he sold to local florists, businesses, and celebrities. As a student of Self-Realization Fellowship, he was a kind soul who valued spiritual awareness and daily meditation. His smile was infectious and laugh was contagious. All that met or knew him relished in his joy of life. A Celebration of Wayne’s Life will be held on Friday, July 11th at 11 a.m. at the Beatitudes Campus Life Center, 1610 West Glendale Ave., Phoenix, AZ 85021. Ample parking is available. In lieu of flowers the family asks that donations be given to Editha House, a place where Wayne volunteered his gardening expertise and plants, Editha House: Home Health Care Services, 336 E. Willetta St. Phoenix, AZ 85004, 602-388-4920 www.edithahouse.org. Funeral arrangements are being made by Whitney & Murphy Funeral Home, 4800 E. Indian School Road, Phoenix, AZ 85018. Tel: 602-840-5600.

Offer Hugs From Home Condolence for the family of MATTHEWS, WAYNE R.