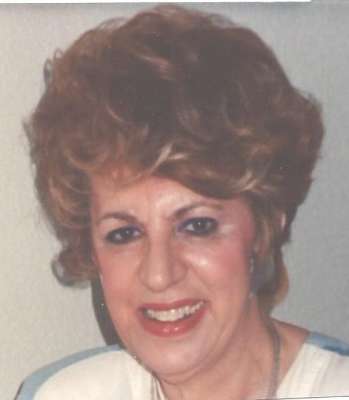 Mary Anne Mazzone of Scottsdale passed away April 1, 2015.  Born December 10, 1926 in Akron, Ohio.  Mary moved to Phoenix in 1950, where she met the love of her life and married Vito Mazzone in 1951.  Mary was a talented artist of oil paintings.  She was a loving sister, mother, and grandmother.  She was preceded in death by her parents, Phillip & Sarah Leonardi, her husband, Vito, & her brother, Frank Leonardi.  She is survived by her sister, Anna Crognale, her son, James Mazzone, her daughter, Gina Gringle, and grandchildren, Anthony Gringle, Brittany Gringle, & Danielle Gringle. A Funeral Mass will be held at 2:00 PM, Wednesday, April 8, 2015 at the Franciscan Renewal Center, 5802 E. Lincoln Drive, Scottsdale. Interment will follow at St. Francis Catholic Cemetery.

Offer Hugs From Home Condolence for the family of MAZZONE, MARY ANNE