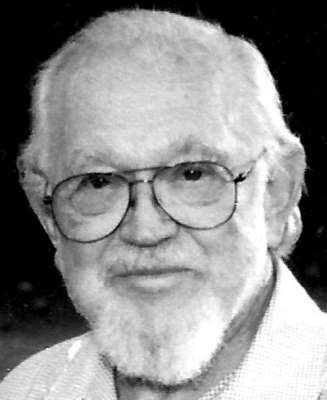 Dr. Charles S. McCammon, 94, a career medical officer in the U.S. Public Health Service, died on May 1, 2014.  He was born on November 6, 1919 in Maryville, TN, and graduated from Maryville College.  He received his medical degree from Vanderbilt University in 1945 and a master’s in Public Health Administration from the University of California, Berkeley in 1952 and became board certified in preventive medicine and public health in 1954. Charles spent the majority of his career as a physician and administrator in the Indian Health Service supporting the health of numerous Indian Nations.  His last duty assignment was as Area Director, Arizona Area, Indian Health Service 1966-1977.  When he retired, he held the rank of USPHS Captain. He is survived by his wife of 68 years, Mary Thornburgh McCammon and five children:  Laura of Tucson, Charles, Jr. of Littleton CO (Jane), Phil of Scottsdale (Diane), Mark of San Antonio, TX (Karen), and Sara McCammon Perdue of Midway, KY (Kevin).  He was blessed with eight grandchildren: Nielle, Sam, Kate, Hannah, Mac, Maure, Robert and Marie and one great-grandchild—Jack.  Family was extremely important to him. He was preceded in death by his parents, Sam and Effa McCammon of Maryville, TN and his daughter-in-law Patricia, mother of Maure. Charles was an avid horseman and loved to hunt and camp.  He was a student of Indian and Western history.  Since retirement, he has written articles on Western history and edited a book about two East Tennessee Regiments during the Civil War. Visitation will be held at 1:00pm with a Funeral Service at 2:00pm, Saturday, May 3, 2014 at Whitney & Murphy Funeral Home, 4800 E. Indian School Rd, Phoenix.  Interment will be in Maryville, TN.  In lieu of flowers, memorial gifts can be made to St Mary’s Food Bank, Arizona Humane Society or a favorite charity.

Offer Hugs From Home Condolence for the family of McCAMMON, CHARLES S., M.D.