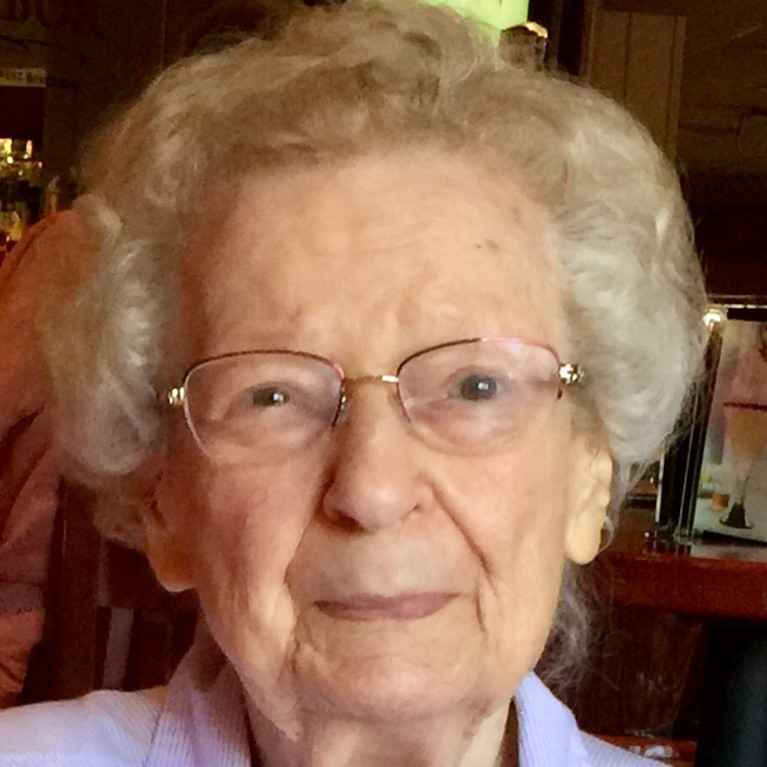 Mary Thornburgh McCammon, 97, passed away January 26, 2018. Mary was born in Knoxville, Tennessee to John M and Sara Thornburgh. She graduated from Knoxville Catholic High School and the University of Tennessee. While working as a dietician at Vanderbilt Hospital in Nashville, she met Charles McCammon, a medical student from Maryville, TN. They were married on June 14, 1945. Charles’ career, first as a Public Health Service Physician and later as an administrator, took them to various places in Mississippi and to the Navajo Indian Reservation twice, Billings, MT and finally to Phoenix. After Charles retired in 1977, they bought a camper and travelled and spent time in their mountain cabin near Show Low. While her children were growing up, Mary was a Girl Scout and Campfire Girl leader and a hospital volunteer. She was an avid bridge player and loved to read. Mary was preceded in death by her husband of 68 years, Charles and her daughter-in-law Patricia and is survived by her five children and their spouses; Laura McCammon, Chuck and Jane McCammon, Phil and Diane McCammon, Mark and Karen McCammon and Sara and Kevin Perdue. She has eight grandchildren and six great-grandchildren. A Funeral Mass will be celebrated at St Theresa Catholic Church, 5045 E. Thomas Rd, Phoenix at 10:00 am on Wednesday, January 31, 2018 with a reception to follow in Father Feeney Hall. The burial will be in Tennessee. In lieu of flowers, the family requests donations to the St Mary’s Food Bank in Phoenix (http://www.firstfoodbank.org/). Arrangements entrusted to Whitney & Murphy Funeral Home.

Offer Hugs From Home Condolence for the family of McCAMMON, MARY T.