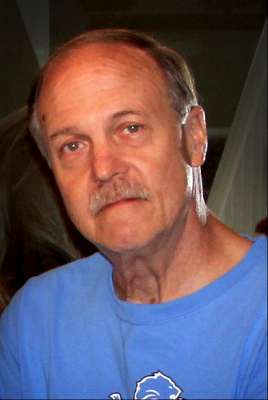 Patrick John McCormick, 63, of Gilbert, AZ and formerly of Midland, MI, passed away peacefully surrounded by his family on September 2, 2016. Patrick was born in Midland, MI on June 29th, 1953 to Joseph Michael McCormick and Anna (Drobena) McCormick. Patrick was a 1971 graduate of H.H. Dow High School in Midland, MI. He later moved to the Phoenix area where he obtained his Associates Degree in Communication and Journalism from Mesa Community College. He worked for both the Arizona and Michigan State Lotteries from 1990 until he retired in December of 2013. Patrick loved being outdoors, enjoying the countryside of Michigan and the mountains of Arizona with his wife, Leslie. He particularly enjoyed taking walks, swimming, cooking, gardening and maintaining their yards at home. Patrick was a devoted sports fan of Michigan State University and the Detroit Tigers. He loved his family and friends deeply and especially adored spending time with his two granddaughters. Patrick was a dedicated husband and loving father. He is survived by his wife Leslie “Joey” (Burns) McCormick and his two daughters, Megan (Neale) Spender and Kristen McCormick; two granddaughters, Brinley Grace and Emery Mae. Patrick is also survived by three brothers; Michael (Ginny) McCormick, Thomas (Nina) McCormick, Kevin (Cyndy) McCormick and sister Mary (Gary) Sebald, along with his in-laws and many dear nieces, nephews, grand-nieces and grand-nephews. Patrick was beyond thankful for the dedication and care shown by the many physicians, nurses and staff at the Mayo Clinics in Arizona during his battle with cancer. A Celebration of Life will take place Saturday, September 10th, 2016. Please contact a member of the family for details.

Offer Condolence for the family of MCCORMICK, PATRICK JOHN