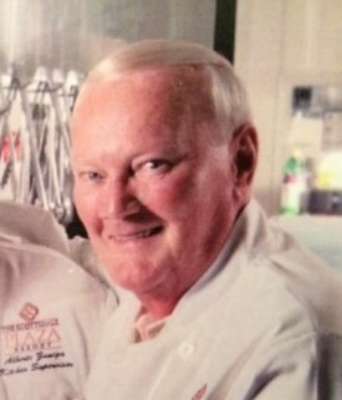 Tony passed away on January 5, 2015 surrounded by his family. Born in Fort Wayne, Indiana on October 7, 1935 to William and Velma McDonald. He attended Marmion and Loras Military Academies and the University of Dayton. Tony followed his father into the mechanical contracting business until retirement. Over twenty years ago he and his wife, Mary Jo, moved to Phoenix. Tony was an Irishman through and through and loved the University of Notre Dame, especially the Fighting Irish football team. Saturdays will never be the same without him in front of the television cheering them on. He cherished his Catholic faith and his family. His death was sudden but his legacy lives on. Tony is survived by this wife of 58 years, Mary Jo, and his three daughters: Beth (Mike) Biehler, Kelley McNeill, and Erin (Tom) Lazoff. He was proud of his grandchildren: Shannon, Brennan (Kristen), Bridget, Becca, Anesa and Elena. His two sisters and brother also survive. He will be missed by his beloved Scottie, Fala. Thank you to the staff at St. Joseph’s Hospital ICU for their excellent care and compassion. A visitation will be held on Monday, January 12, 2015 from 5:00-8:00 pm at St. Francis Xavier Catholic Church, 4715 N. Central Avenue. A Mass of Celebration will be held Tuesday, January 13, 2015 at 10:00 am at St. Francis Xavier Catholic Church. St. Francis Catholic Cemetery will be his final resting place. In honor of Tony donations can be made to Andre House which helps to feed those in need. More information at andrehouse.org

Offer Hugs From Home Condolence for the family of MCDONALD, ANTHONY