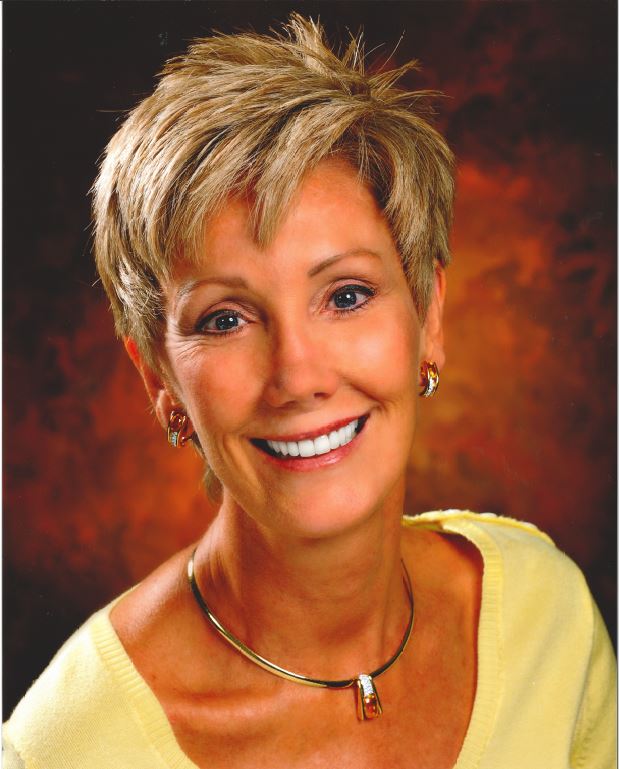 Patricia Leonardo McEachern, 70, died on Sunday, February 2, in Phoenix after a long illness from complications of pulmonary sarcoidosis. She was born in Washington, D.C., on November 28, 1949, to Earl and Mickey (Justice) Leonardo. The family moved to Phoenix when she was five. After graduating from West High School, Pat moved to Washington, D.C., and served four years as a legislative aide to Senator Paul Fannin of Arizona. While in Washington, she met her future husband and love of her life, Will McEachern, at the time an Army officer stationed in the Pentagon. After marrying, they moved to Connecticut, where Will joined the University of Connecticut faculty. Pat then earned a BA in Economics and an MBA from the University of Connecticut, and later passed the series of exams required to become a Chartered Financial Analyst (CFA). For a total of 25 years, Pat worked as an investment officer for Aetna and for Sun Life Financial. This included six years based in Hong Kong, first as Aetna’s Country Manager and then as Sun Life’s Chief Investment Officer for Asia. She retired to Phoenix in 2007 and with her husband resided in Esplanade Place, where she served on the HOA Board of Directors. Pat is survived by Will, her husband of 46 years, four brothers-in-law, three sisters-in-laws, eleven nephews, nine nieces, three cousins, and many dear friends. She was predeceased by her parents and by her sister, Toni Leonardo Lewis, formerly of Lewisville, Texas. A Visitation will be held from 5:00 PM to 8:00 PM, Thursday, February 6th, 2020 at Whitney & Murphy Funeral Home, 4800 E. Indian School Road, Phoenix. A Memorial Service will be held at 10:00 AM, Friday, February 7th, 2020 at Whitney & Murphy Funeral Home.
In lieu of flowers, donations can be made to Hospice of the Valley, 1510 E. Flower Street, Phoenix, AZ 85014. Condolences may be expressed at www.whitneymurphyfuneralhome.com.

Offer Hugs From Home Condolence for the family of McEACHERN, PATRICIA LEONARDO