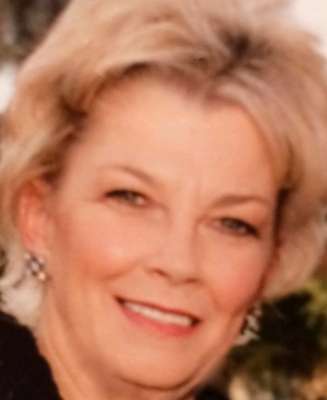 Terry Lynn McGill, 67, beloved wife, mother, grandmother, sister and friend passed away Wednesday, April 9, 2014, after an extended illness, with her family and a few dear friends by her side. Terry was born March 20, 1947 in DeKalb, Illinois to Ronald and Rita Judd.  Terry moved with her family in 1963 as a sophomore in high school to Yuma, Arizona, and attended Kofa High School, and later graduated from Arizona Western College.  In Yuma, Terry met her husband-in-waiting, Joe McGill, and later moved to Tucson, where she worked for Horizon Land Corporation and attended classes at the University of Arizona.  While Terry was not an official alum of UA, she spent the rest of her days bleeding Wildcat red and blue.  Terry and Joe moved to Phoenix in 1970 to start their careers and family.  In the early years, Terry worked as a real estate agent for Bud Melcher Realty, and later for firms such as Russ Lyon Realty and most recently Dominion Real Estate Partners. Terry’s community involvement included the Simis and Meadows PTA’s, and as a member of the Golden Gate Community Center Guild and the Junior League of Phoenix.

Terry kept her family nourished as a great cook and expert margarita maker, and was known to have the best-stocked pantry by the children’s friends.  Terry was a great seamstress, excellent water and snow skier, loved the outdoors and was a skilled wild game spotter and hook baiter. Always protective of her family, on one occasion in her car she chased down and confronted a bicycle thief, retrieving her son’s bike and fearlessly testing the risk of an earlier departure from this

life. Terry was preceded in death by her son Joey, and her parents Ron and Rita.  She is survived by her husband Joe, daughters Kirsten (Sean) Madland and Carrie (Ben) Perrone, granddaughter Chloe Madland and grandsons Nolan Madland and Antone and Joey Perrone, and brother Roger Judd and family. Memorial Service will be held on Thursday, April 17th at 11:00 am, at All Saint’s Episcopal Church, located at 6300 N. Central Avenue in Phoenix.  A celebration of Terry’s life will follow, the location to be announced. In lieu of flowers, donations can be made in Terry’s memory to support the research of Nontuberculous Mycobacteria, to NTM Info & Research, 1550 Madruga Ave., Suite 230, Coral Gables, FL  33146.  Donations can also be made online at https://www.ntminfo.org/donate/online. Arrangements entrusted to Whitney & Murphy Funeral Home and Post Scripts by Posey.

Offer Hugs From Home Condolence for the family of MCGILL, TERRY LYNN