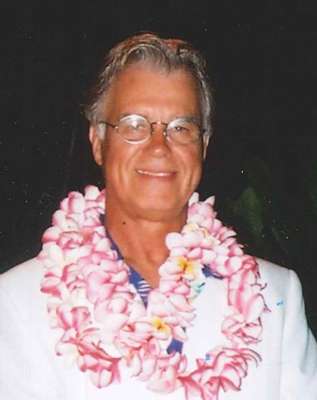 Terry came to Phoenix in 1945 and attended St. Francis Catholic elementary school and St. Mary’s High School, where he graduated in 1956. Terry was an educational pioneer in his family, attending Phoenix College in 1956-1957, where he stood out as a long jumper on the track team.

In 1958-1959, Terry enrolled in the LLB program at then Arizona State College, where he earned both a Bachelor’s degree and, in 1962, received a Juris Doctorate from the University of Arizona’s law school. Terry was the first in his family to receive both a college diploma and a law degree.

Terry immediately passed the Arizona State Bar and was hired as a Deputy County Attorney until 1964. After leaving the Maricopa County Attorney’s Office, Terry quickly developed a reputation as a leading criminal defense lawyer, known throughout the legal community for his fierce cross examination and his dogged pursuit of justice for his clients, regardless of their financial resources.

Terry’s excellent reputation led the court to appoint him to defend Mr. Earwin Faye Stewart against charges of kidnap, assault and the murder of Miss Jane Langdon, the daughter of a prominent Texas Judge. Miss Langdon had flown to Phoenix from Texas, and she was kidnapped from the corner of 12th Street and Thomas Road in Phoenix, and taken to the desert in north Phoenix and murdered.

Drawing upon his experience as a County Attorney, Terry conducted an exhaustive investigation and, through rigorous cross examination, exposed key vulnerabilities in the testimony of the State’s witnesses. Terry obtained a not guilty verdict for Mr. Stewart.

Terry remained a prominent criminal defense lawyer well into the 1970’s, when he began transitioned to a civil personal injury practice, including the notable case of a West Phoenix High School student who had been beaten to death by two fellow students.

Terry distinguished himself as a leading personal injury lawyer in the early 1980’s. Terry did not advertise, and relied solely upon referrals from fellow lawyers and former clients. Terry’s success was attributable to his sterling reputation as a fierce advocate for those injured by recklessness, negligence, a dangerous or deadly product, a poorly trained pilot, or a dangerously designed or maintained roadway.

Terry was relentless in the pursuit of justice for his clients. In a number of cases, his instincts caused him to doubt the veracity of defendant witnesses, including corporate defendants. Acting on his suspicions, terry left no stone unturned in ferreting out hidden documents and witnesses to ultimately prove that his opponent was fully liable for his clients’ losses.

After being elected to the Arizona State Bar’s Board of Governors, Terry was a vocal advocate for solo practitioners and small law firms, who he believed received heightened scrutiny by the State Bar’s disciplinary machinery.

As an active philanthropist, Terry supported his beloved Knights of St. Mary’s High School. In addition, he participated in a scholarship and mentoring program for students from low income families, and spent untold hours befriending, advising, and nurturing these students. He was also a generous donor to the University of Arizona’s athletic department and academic programs. Too numerous to mention are the countless numbers of people “down on their luck” that he anonymously provided financial assistance to. Over the span of his life, hundreds of organizations, charities and individuals have been the object of Terry’s generous heart.

Terry was a life long sport’s fan. He watched with great pleasure as his St. Mary’s Knights dominated high school football and basketball for nearly 50 years. He attended the St. Mary’s Brophy Prep football games religiously for decades and was always tickled when the Knights would prevail on the gridiron. Terry believed and lived by the motto “once a Knight, always a Knight.”

Terry also loved the University of Arizona Wildcat football and basketball teams, frequently making the drive to Tucson to see the Cats take on a Pac 12 rival. Perhaps as a result of his Catholic upbringing, he was a member of the University of Notre Dame’s “subway alumni.” He was a devoted follower of the Fighting Irish football team, and made regular trips to South Bend to cheer them on. Terry was always exhilarated by his trips to Notre Dame, and spread his infectious enthusiasm throughout the Phoenix community.

Terry always enjoyed European travel, both when he was single and with his former wife Glenda, and later with his daughters Tara and Erin. Terry and Glenda visited the Soviet Union in the 1970’s, where he befriended a number of native Russians. His trip took an ominous turn when Soviet army guards at the Moscow airport accused Terry of attempting to smuggle religious icons out of the country. Terry convinced the guards that he had legitimate possession of the icons, and proudly displayed them in his arcadia for years.

Terry enjoyed all works of history, but especially those of World War II, as he followed the closing months of that war as a young boy. He also had a strong fondness for Ireland’s tragic history and her many doomed heroes, making several trips there.

Terry was revered and respected by the State’s Judges as well as by his fellow lawyers. He enjoyed meeting with his friends, lawyer or non-lawyer, for refreshments and camaraderie. Terry was a born performer, and he loved nothing better than to regale and be regaled by his friends and admirers about his cases, current events, and world politics.

For all of his personal and professional accomplishments, Terry most enjoyed his role as father to his daughters, Tara and Erin. Terry’s daughters enjoyed and were very touched by the poems Terry would leave in the morning before he left for work. Terry was a natural mimic, and would create very involved stories for Tara and Erin, creating characters including Heathcliff the horse and Bonnie Bed. From a young age, Tara and Erin were very devoted to Terry, being his primary care givers for the last five years of his life.

Terry lived a full life. He enjoyed great success well beyond what anyone could have predicted in his youth. He was a wildly successful lawyer, a devoted father, and caring husband. He committed hundreds of acts of human kindness and charity while he lived. He was, indeed, Sui Generis: One of a kind. He will be greatly missed by all of the people he touched over the course of his life, a life that can only be described as magnificent.

A celebration will be held in Terry’s honor on Friday, February 19th, at St. Francis Church at 3:00 PM. It will be followed by a reception at the Phoenix Country Club.

Offer Hugs From Home Condolence for the family of MCGILLICUDDY, TERRENCE J. “TERRY”