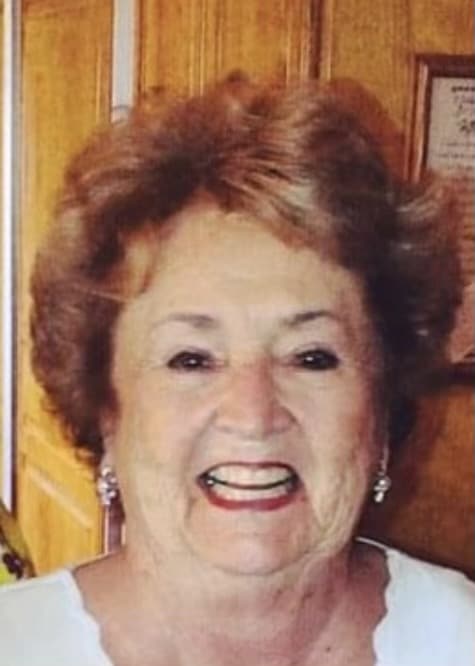 Mary Anne Romley McKone was born to Elias and Margaret Romley in the summer of 1937 in Phoenix, Arizona. Mary Anne attended St. Francis Xavier Grade School, where she met the love of her life in the first grade, Jack McKone. Mary Anne attended Xavier College Preparatory and Marymount College in Los Angeles, California. She married Jack in December of 1959 at Brophy Chapel and had three sons, Kelly, Tim, and Danny. Her greatest joy in life was raising her sons and creating a home that was full of love. Her love of her family and her Catholic faith were the cornerstones of her life.
Mary Anne was heavily involved in the Phoenix community. Her philanthropic journey included the Good Shepherd Home for Girls and the Junior League of Phoenix. She and Jack were very involved at SS. Simon and Jude School where the boys attended grade school. Later, she became the President of the Brophy Mother’s Guild. Mary Anne was the first chairwoman of the Diocese of Phoenix Crozier Dinner Gala and the original organizer of the Dinner Mom’s for the Boys Hope Girls Hope Homes, where she was also a founding board member. She was the original chairwoman of the “Dinner with the Stars” to benefit St. John Vianney School. In addition, she served on the Catholic Community Foundation Board and many other Diocesan committees.
As her boys had families of their own, her grandchildren and great grandchildren became her greatest joy. The grandkids all agree that there was no place like “Grammy’s House!” She devoted herself to them and to Jack and her boys until her last days.
Mary Anne is preceded in death by her loving husband, Jack. She is survived by her sons, Kelly (Sue), Tim, and Danny, and her brother, Arthur Romley. In addition, her grandchildren, Tommy (Jenny), Kelsey, Molly, Ally, Sam, Jack, Katy, Courtney, and great grandchildren, Brady and Teddy.
Services are as follows:
Visitation, Tuesday, August 17, 2021 from 5:00 – 6:00 p.m. with a Rosary at 6:00 p.m., at Brophy Chapel, 4701 N. Central Avenue, Phoenix.
Funeral Mass, Wednesday, August 18, 2021 at 4:00 p.m., at Brophy Chapel.
In lieu of flowers, please consider a donation in Mary Anne’s honor to: Boys Hope Girls Hope of Arizona, 3443 North Central Avenue, Arcade 7, Phoenix, Arizona, 85012 (www.bhghaz.org/donate). Condolences may be expressed at www.whitneymurphyfuneralhome.com

Offer Hugs From Home Condolence for the family of MCKONE, MARY ANNE ROMLEY