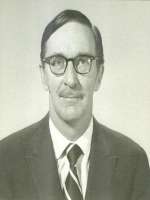 A lawyer admitted to practice in Arizona, New York and the District of Columbia; he practiced law with his wife Nola.  He litigated cases in eleven states and lectured at numerous law institutes.  Prior to coming to Phoenix, Mr. Mc Lane taught law at the Yale, New York University and University of Mississippi law schools and was a trial attorney in Los Angeles for the Internal Revenue Service.

From 1943 to 1945 Mr. Mc Lane was the officer in charge of a U.S. Navy patrol boat in the Atlantic theatre of operations and then a junior officer aboard a U.S. Navy heavy cruiser in the Pacific theatre during the Luzon attacks, the Battle of Leyte Gulf and the two Iwo Jima operations.

Prior to his Navy service, Mr. Mc Lane received a Bachelor of Arts degree from Tulane University where he was on the academic honor roll, a starting player on the basketball team, the captain of the track team, the Southeastern Conference 440 yard Champion, the Southern A.A.U. 400 meters Champion and the National 400 meters hurdles Silver Medalist.  After World War II, he received his law degree from Tulane and later received a Masters of Law degree from the Columbia University Law School and a Sterling Fellowship from the Yale Law School.

Mr. Mc Lane was married for 60 years to his wife Nola who died in 2004.  He is survived by his daughters Martha and Susan, a grandchild Allison, a great-grandchild Emma and his sister Barbara. He loved his wife dearly and was proud of his military service during World War II.  His family thanks Hospice of the Valley for their wonderful care and support. ]

Offer Hugs From Home Condolence for the family of MC LANE, WILLIAM LEE