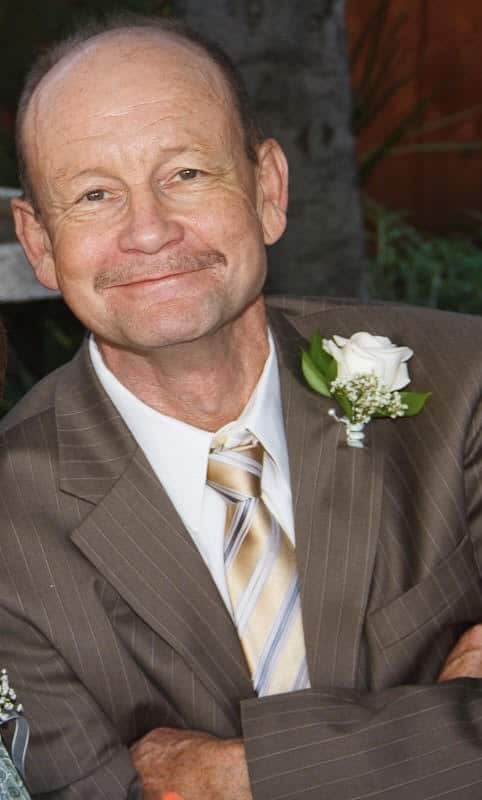 Loving husband, beloved dad, and caring grandpa John E. McMillen (Jay), passed away on October 31st at the age of 72 in Gilbert, AZ. He was born in Rochester, NY on October 5th, 1950, son of late John E. and Margaret McMillen. Jay is survived by his wife of 33 years, Cassandra, his children Bo (Debbi), Lauren (Tracie), Katey (Kevin) and Zach (Zoe), his brother Kevin, dear cousin Charlie Goodwin (Gail), 9 grandchildren and several brother- and sister-in-laws, nieces and nephews. He was preceded in death by his parents John and Margaret, his siblings John, Margaret, Sheila and Sharon, his son Sean, his grandchildren Jaxx and Kynnlie and sister-in-law Ann McMillen. Memorial services will be held at Whitney & Murphy Funeral Home (4800 E Indian School Rd. Phoenix, AZ 85018) on Saturday, November 19th at 11am. In lieu of flowers, donations can be made to the Juvenile Diabetes Research Foundation (JDRF) through their site jdrf.org.

Jay graduated from Sacred Heart Grammar School and Aquinas Institute High School in Rochester, NY. He moved to Phoenix, AZ in the 1970s and married his wife Cassandra in 1989 at Greasewood Flats in Scottsdale, AZ. Together they built a beautiful life raising their 5 children. Jay lived his life as a man of giving and teaching.  He dedicated his time to his family, his friends, and his church.  He taught his kids the fundamentals of baseball and basketball then proceeded to coach them all to continue their development.  Jay taught them countless life skills from riding a bike, to positivity, confidence, and driving a car. In 2015, life took Jay and Cassndra to Gilbert, AZ where Jay enjoyed spending time with his grandchildren, cheering on the horses, watching the Cardinals, Suns and Diamondbacks games, and attending plays at Hale Theater. Jay spent 30+ years in the commercial insurance industry working at Lumberman’s Underwriting Alliance where he would travel all over the Southwest, bringing his wife and children along whenever he could. Each summer he made a point to travel with his family to a different baseball stadium and was known as someone who loved introducing people to new places and experiences.

Special gratitude to the caregivers and staff at Valliant Hospice & Palliative Care for providing care in Jay’s last weeks ensuring his comfort so he could spend his last moments with family. Condolences may be expressed at www.whitneymurphyfuneralhome.com

Offer Hugs From Home Condolence for the family of McMILLEN, JOHN E. “JAY”