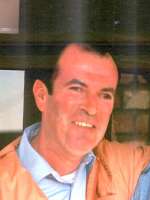 Robert passed away on March 10, 2013 at the age of 69.  Born in Worcester, MA, August 29, 1943 and moved to Phoenix in 1955. He attended Phoenix Union H.S. and Phoenix Community College, was in the U.S. Air Force and worked for Antigua Estates (security) for 30 years.  Preceded in death by his brother Martin McNamara and survived by sisters Roberta Macaruso of Worcester, MA, Patricia Daniels, Scottsdale, AZ and Eleanor Booth of Phoenix, AZ and many nieces and nephews.  Memorial Service will be held at 11am, Tuesday, March 19, at St. Francis Catholic Cemetery, 2033 N. 48th Street, Phoenix.

Offer Hugs From Home Condolence for the family of MCNAMARA, ROBERT A., JR.