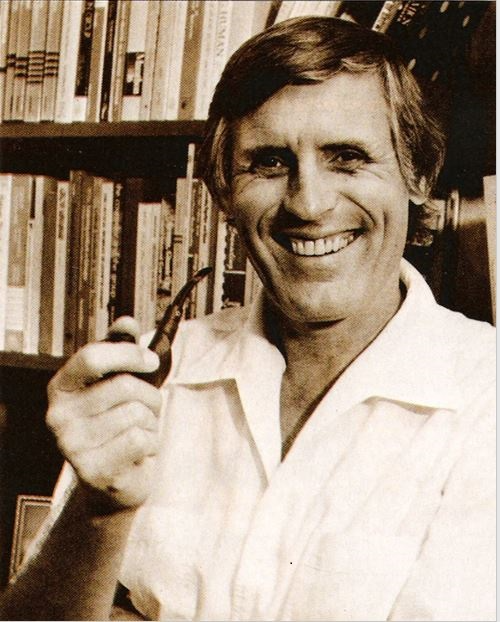 It is with profound sadness and heavy hearts that we inform you of the death of Dr. J. Jeffries “Jeff” McWhirter. At the age of 84, Jeff died peacefully January 20 at home in the full love of his family: Mary, his children, grandchildren, and great-grandchildren. He was a lifelong committed Catholic, a beloved professor, a brilliant and compassionate psychologist, a creative researcher, and a gifted writer. He will be deeply missed.

Dr. Jeff McWhirter loved teaching and being a professor for more than 60 years. He was a Counseling Psychology and Counselor Education faculty member at Arizona State University for 34 years, until his “retirement.” He continued to teach for ASU for another 18 years. He modeled the integration of science with best-practices in training and contributed to the training of hundreds of counselors and psychologists. Jeff was a highly productive and internationally respected scholar, having written numerous books and published and produced hundreds of research articles and professional presentations and conducted hundreds of trainings in the U.S. and abroad. He was a Fulbright Senior Scholar to Turkey, Australia, and New Zealand. As a licensed psychologist, Jeff McWhirter was Board Certified by the American Board of Professional Psychology, a credential achieved by only 4% of practicing psychologists in the U.S.

Throughout his life, Jeff was an advocate and proponent of education as a way to enhance hopefulness and human futures. He holds degrees from Saint Martin’s University, Oregon State University, and the University of Oregon. Jeff was recruited by ASU in 1970 from the American Psychological Association (APA) Accredited Counseling Psychology doctoral program at the University of Oregon so that Arizona State could seek APA Accreditation, which they soon received. His legacy includes children and grandchildren who are also psychologists, faculty members, educators, and advocates. More importantly, Jeff McWhirter was an incredibly humble, kind, and caring person who was gracious and generous in all of his interactions. His greatest accomplishment, along with his spouse of 62 years, Mary, is his family – instilling a consistent hard-work ethic, high expectations, faith commitment, and desire to care for others among his 5 children and 17 grandchildren.

In memoriam donations can be made to Crosier Fathers and Brothers (https://crosier.org/donate-now/) or to the charity of your choice in the name of Dr. J. Jeffries McWhirter.

Offer Hugs From Home Condolence for the family of McWHIRTER, J. JEFFRIES “JEFF”