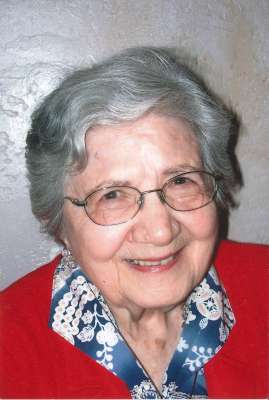 The first born of Sicilian immigrants, she graduated from beauty college after high school.  In 1935 she married David, whom she had known since 4th grade.  They welcomed their daughter “Margie” in 1936.  In October of 1946, the family moved to Phoenix.

Margaret worked in the beauty salon of the Westward Ho Hotel in its heyday.  Then she opened her first business, The Marguerite Beauty Salon on 32nd Street & Camelback Road.  In 1965, at age 51, she and Dave (52) adopted a newborn baby girl, Mary Joyce.  In 1976 she sold the Marguerite and bought the Hallmark Beauty Salon and Merle Norman Cosmetic Studio on 16th Street & Bethany Home Road.  Sixteen years later she closed the Hallmark and moved the Merle Norman to the southeast corner of that same intersection, where it remains today.  She worked there until she was 90 years old and still had one long- time customer until she was 95.

A wonderful daughter, sister, wife, mother, employer and friend, she is now in heaven with God and reunited with her beloved husband of 63 years, David, her brother Tony, sisters Mary, Josie and Kay, dear mother and father, many friends, family and customers. Some day she will be joined by her sister, Rosemary, daughters Sister Mary Ellen, and Mary Joyce, grandson Collin, “son”, Kelly and the whole Warner Family, nieces Betty, Nancy, Janet, Barbara and Holly, nephews John, Bob, Sam and Joe.  Her advice to all is to eat fresh fruits and vegetables and take vitamins A, E, C, D, and all the B’s.  It sure worked for her. At 99 she only took a thyroid pill and her vitamins.

Offer Hugs From Home Condolence for the family of MECKLEY, MARGARET E.