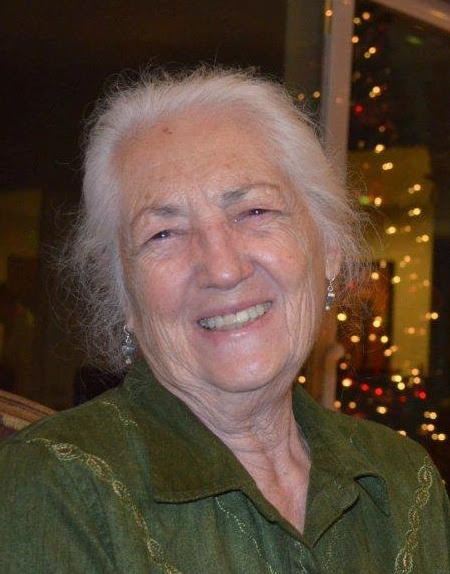 Katherine Medigovich, 87, died May 23 surrounded by her children. Katherine was born May 24, 1931 in San Pedro, California, the eldest child of Croatian immigrants. Her father worked on a fishing boat and was gone for months at a time, leaving her mother to keep the household going. She grew up during the Great Depression and WWII, when her best friend disappeared to an Internment Camp and air raid drills were a common occurrence. Croatian was the language spoken at home until Katherine started school and taught English to her family.

While in high school, she met Bob Medigovich. Bob was drafted and proposed before leaving for the Korean War. When Bob returned, they married and became partners in life and in business. They had three children, and as young parents moved to Phoenix to start their own business. Over the years, their businesses included Bosko’s Pizza, co-owning Luigi’s Italian Delicatessen and The Turtle’s Hurdle sandwich shop.

Those who met Katherine said she was compassionate, strong and one of the kindest and most loving persons they knew. She believed life’s purpose was to love and to help others. When asked why she never seemed to get angry at anyone and instead showed kindness, she said being angry wouldn’t help, but being kind could. Her love for her children was the definition of unconditional. She was also an excellent cook and enjoyed making huge meals for family and friends. Other interests included taking in stray animals, arts, crafts, gardening, sewing, photography, traveling to Las Vegas and Lake Havasu to play the slots with her sisters and husband, rehabbing houses with her husband and son, and singing along with and dancing to music.

Being mom to her children was her greatest joy and her greatest sorrow was when George, her eldest son, was killed while driving his motorcycle to work. Katherine will be remembered for her kindness, her cheerfulness and her unconditional love. She was described as a great friend who was giving with her time and her love. Those at Brookdale Assisted Living said she was a ray of sunshine who was known to console and encourage others. Throughout her life, she was more concerned about helping and cheering on those around her than worrying about herself.

Katherine is preceded in death by her husband Bob and her son George, her parents, and her youngest sister, Goldie. She is survived by her daughter, Lori; son, Mark; her sister, Jackie and nieces Victoria, Suzanne, Rebecca and Jennifer. She will be dearly missed and forever loved.

Offer Hugs From Home Condolence for the family of MEDIGOVICH, KATHERINE