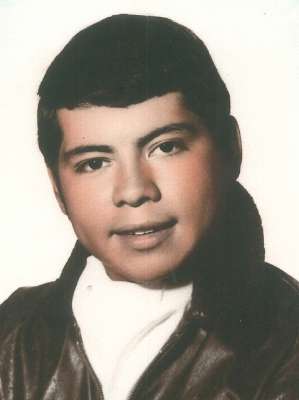 Robert Medrano was born February 16, 1949 to Johnny and Mollie Medrano.  He was preceded in death by his sister Margaret and brother Gilbert Joseph. Robert is survived by two brothers, Henry and Johnny. Robert attended St. Mary’s High School and Phoenix College.  Robert was proud to be from his neighborhood of Golden Gate and passed as close to his roots as possible.  We as a family pray he has found rest with Mom and Dad. We love you. Visitation will be held from 6:00 – 6:30 PM, with a Rosary at 6:30 PM, Friday, July 31, 2015 at Whitney & Murphy Funeral Home, 4800 E. Indian school Road, Phoenix.

Offer Hugs From Home Condolence for the family of MEDRANO, ROBERT