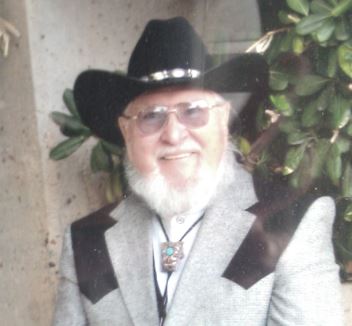 James (Jim) Mark Meloy, 76, loving husband, father, grandfather, brother and friend joined his many loved ones in heaven on September 14, 2017. Jim was born in Kent, Ohio and the oldest of four boys. He moved his family to Phoenix in 1973 where he co-owned Arizona Tree Experts with his brother in law. Jim and his wife, Sandy eventually bought their partner out and he continued to run the business until he retired. Jim is preceded in death by his wife Sandy Meloy and survived by his wife, Patty Meloy, his three daughters; Tammi Dutton and her husband Doug, Sherri Ottaviano, Rhonda Bernal and her husband Tony, two step sons; James and David Sands, 5 grandchildren; Jeremy, Andrew, Gabrielle , Austin , Rowan and his two brothers; Jerry and Bill. A memorial service will be held at 7:00pm on Wednesday, September 20, 2017 at Whitney and Murphy Funeral Home, 4800 E. Indian School Rd, Phoenix. When Jim’s wife, Sandy passed away he set up a fund in her name at the Valley Fever Center for Excellence. So in lieu of flowers, the family request remembrances be made to the Valley Fever Center for Excellence, 1656 E. Mabel St, P.O. Box 24515, Tucson, AZ 85724 in Sandy Meloy’s name.

Offer Hugs From Home Condolence for the family of MELOY, JAMES (JIM) MARK