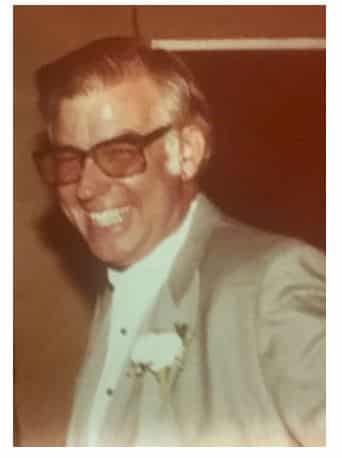 Charles Alvin was born on August 3, 1934, to Frederick Alvin and Grace (Grant) Merrick in Osceola, Nebraska. When Charles was a young boy, the family moved to Fairbury, Nebraska, where he attended both Elementary and High School. After graduating High School, Charles took a summer job at the North Rim of the Grand Canyon in Arizona. Upon returning to Phoenix to catch a bus back to Nebraska, he visited Arizona State College, now known as Arizona State University after one look decided to stay and enrolled the next day. It was there he met the love of his life and wife of 65 years Beatrice (Vujo). They were married on June 29, 1955, in Riverton, Wyoming.

They moved to San Francisco, where Charles completed his post education at the Mortuary Science School. After graduation, they returned to Phoenix, where he joined the Army, and started working for Whitney & Murphy Funeral Home in downtown Phoenix. Charles and Bea moved back and forth from Phoenix to Tucson several times, adding a child with each move. They eventually settled in Phoenix in 1967 where they raised their four children. In 1979 Charles decided to take on a more challenging role in life and joined Service Corporation International located in Houston, Texas. He served in many Senior Executive roles, where the first assignment was, of course moving to Tucson. His positions also took him to San Diego, Las Vegas, Phoenix, Hawaii and Houston. Along this journey, he met some of the most fascinating people many of them he cherishes their friendship to this day. Charles retired in 1999 from Service Corporation and returned to Tucson.

When Charles wasn’t at work, he was involved in several organizations from Civitan (Phoenix & Tucson), The Multiple Sclerosis Society (Tucson & San Diego), The Miss Arizona Pageant, NFDA (National Funeral Directors Association, The Arizona State Board of Funeral Directors, and later served on the Governors Board under Governor J. Napolitano. He also participated in several of the sports that the kids were involved in. In retirement he volunteered at the Pima Air Museum.

Charles always lived life to the fullest. They traveled both nationally and internationally with wonderful friends and have some stories that will live on forever. Charles was a true lover of life, could tell the best stories, loved Military History, enjoyed listening to Frank Sinatra, was a huge Arizona State University football fan, but his favorite sport was baseball. He was the voice of reason, and a loyal friend. Our father felt so blessed to have had so many opportunities in life to pursue all of his dreams and more. However, as he would tell you that nothing is as important as family. When mom was diagnosed with Parkinson

Disease, dad spent the next 8 years caring for the Love of his Life, until her passing in March 2020.

Charles is preceded in death by his parents, Frederick and Grace Merrick, his beloved wife Beatrice, brother Richard, and sister Ruth (Thomas), and his son Mark. He is survived by his children, Chris (Phi) Merrick, Patricia Grossman (Robert), Nancy Merrick Drew, his grandchildren Robert, Alicia, Andrea, Charles and Stephanie. His special great grandchildren; Sadie, Sally and Nathan. He also leaves behind his sister-in-law, Barbara Chimento, many nieces and nephews that he loved dearly.

A visitation for Charles will be held Wednesday, January 4, from 1:00 PM to 3:00 PM at East Lawn Palms Mortuary, 5801 East Grant Road, Tucson, AZ 85712. Funeral service will then follow from 3:00 PM to 4:00 PM and committal at 4:00 PM. He will never be forgotten, and always be remembered and missed by all who were fortunate enough to know him.

Offer Hugs From Home Condolence for the family of MERRICK, CHARLES ALVIN